The entrance of the traditional Sacher hotel is seen as the government loosened a lockdown due to the coronavirus disease (COVID-19) outbreak in Vienna, Austria May 28, 2020. REUTERS/Leonhard Foeger

And after a 10-week closure due to the coronavirus outbreak, the hotel hopes to attract guests when it reopens on Friday by building on its tradition of discretion.

"The idea of going out but not being seen by anyone has accompanied the Sacher hotel from the very beginning," said Managing Director Matthias Winkler.

In the past, politicians and celebrities including John F. Kennedy, Sophia Loren and Justin Bieber have appreciated the offer. This time, Winkler hopes to lure locals and guests coming by car or train from Austria and neighbouring countries to help bring up revenue to 10% of pre-crisis levels.

Up to four guests plus two children can rent one of the hotel's 152 suites or rooms for up to three hours and have breakfast, lunch or dinner served by a private butler. Prices are from 45 euros ($50) per person for breakfast and from 75 euros per person for lunch and dinner.

Referring to experiences after the 2001 attacks in New York and the financial crisis, Winkler assumes that it will take three to four and a half years before revenues reach pre-crisis levels. Usually more than 90% of the hotel's guests come from abroad.

All of the Sacher Group's around 800 staff are under a short-time work regime introduced by the government to save jobs. They will deliver Sacher-Torte, their signature cake, to people's homes and sell a newly created ice cream soon to boost sales.

But Winkler said an extension of the jobs scheme, in place until mid-September, well into next year would be needed to avoid layoffs. 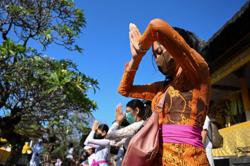 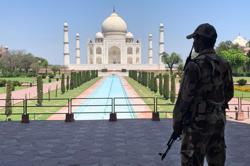