TIRANA (Reuters) - Albania will re-open crèches and kindergartens and kick off its tourism season on June 1, the health minister said on Tuesday, despite reporting a sharp daily rise in coronavirus infections.

After three weeks without any deaths related to COVID-19, Albania had two over the last two days for a total tally of 33, and infections in the last 24 hours rose sharply to 25, up from six a day earlier.

"The re-opening strategy will continue as outlined by the experts committee. We shall be opening crèches and kindergartens from June 1," Health Minister Ogerta Manastirliu said.

The government would also open land borders on June 1 for all Albanians and ethnic Albanians in neighbouring Kosovo, North Macedonia and Montenegro wishing to visit on holiday.

Albania still has a 9 p.m.-5 a.m. lockdown and has yet to allow mass gatherings such as soccer matches. 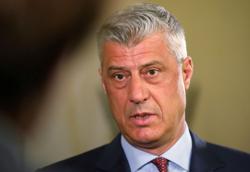