Canada's Prime Minister Justin Trudeau arrives to a meeting of the special committee on the COVID-19 pandemic, as efforts continue to help slow the spread of the coronavirus disease (COVID-19), in the House of Commons on Parliament Hill in Ottawa, Ontario, Canada May 13, 2020. REUTERS/Blair Gable

OTTAWA (Reuters) - Canadians should accept the world will change even if a vaccine is found and the coronavirus pandemic ends, Prime Minister Justin Trudeau said on Thursday, urging people to adjust to a new normal that will require modified behavior.

Trudeau unveiled new measures to support hard hit sectors, including C$470 million ($334 million) for fisheries, and the partial reopening of some national parks.

"We have to recognize that things will change in this world, even after the end of this pandemic, even after a vaccine," he told reporters. "COVID-19 will be one of the things that create changes in our society. There will be adjustments."

"We know that this will not be a summer like another in the past," Trudeau said, noting it was impossible to prevent people from going outside but that governments had to "help them do it safely."

Canada's coronavirus death toll edged up by 2.5% to 5,337 from Wednesday, one of the smallest daily increases, according to public health agency data.

More than 60% of the deaths have occurred in Quebec, the second most populous of the 10 provinces.

Premier Francois Legault said the situation in Montreal, Canada's second largest city, was fragile. Many enterprises are still closed and a planned reopening on May 25 can only happen if the daily death toll starts to fall, he said.

"I understand some people in the business community are a bit discouraged, but we have to think about our health most of all," Legault told a briefing, urging people to wear masks.

Legault also said Montreal schools would stay shut until the start of the new year in late August rather than reopen later this month as originally planned.

Besides support for fisheries, Ottawa will also extend the federal wage subsidy program to encourage more employers to keep workers on the payroll.

Canadian farmers and agriculture businesses have claimed most of the C$5 billion (£2.9 billion) in extra credit offered by Ottawa to boost their cash flow during the coronavirus pandemic, in less than two months.

In an annual review of Canada's financial systems, the Bank of Canada said that while the coronavirus remains a massive challenge, measures it has taken "are showing signs of succeeding."

Canadian manufacturing sales in March slumped by the most in over 11 years as the pandemic forced the shutdown of many firms, and April looks set to be worse, Statistics Canada said. 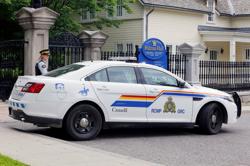 Mexico's coronavirus pandemic could last until next April - health official