Factbox: Latest on the worldwide spread of the coronavirus

FILE PHOTO: A woman wearing a protective face mask crosses the street as workers paint lines to expand a sidewalk for pedestrians to keep a social distance between them, as the spread of the coronavirus disease (COVID-19) continues in Barcelona, Spain, May 5, 2020. REUTERS/Nacho Doce

(Reuters) - The United States reported more than 55,000 new COVID-19 cases on Thursday, a new daily global record for the coronavirus pandemic, as infections rose in a majority of states.

* For an interactive graphic tracking the global spread, click: https://tmsnrt.rs/3aIRuz7

* For a U.S.-focused tracker with state-by-state and county map, click: https://tmsnrt.rs/2w7hX9T

* Mexico posted a record daily tally of infections on Thursday, as 6,741 cases carried the overall figure to 238,511, according to the health ministry.

* Less than 10% of people infected with the novel coronavirus in Brazil were asymptomatic and the majority of those who tested positive for the disease had mild symptoms, a survey of almost 90,000 people from all regions showed.

* The coronavirus delayed the arrival of seasonal immigrants who normally help harvest U.S. wheat, leaving farmers to depend on high school students, laid-off oilfield workers and others to run machines that bring in the crop.

*Australia reported a drop in new coronavirus cases on Friday, with a surge in the second most populated state Victoria appearing to have eased, although more than 10,000 people have refused to be tested in hotspot suburbs of Melbourne.

* North Korean leader Kim Jong Un told a meeting of the politburo of the ruling Workers Party the country had stopped the novel coronavirus from making inroads in the country, state news agency KCNA said.

* Indonesia is working to produce its own COVID-19 vaccine next year.

* Tokyo confirmed its highest daily tally in two months, but Japan's chief cabinet secretary said there was no need to reintroduce a state of emergency.

* Britain's government said it would lift its COVID-19 quarantine requirement for people arriving in England from countries including Germany, France, Spain and Italy from July 10.

* Travellers to Switzerland from 29 countries will from July 6 have to register with the authorities and go into self-isolation to prevent a resurgence of infections.

* South Africa's President Cyril Ramaphosa has informed parliament of his decision to extend the deployment of 20,000 soldiers, a drop from 76,000, until Sept. 30 to help enforce restrictions as the country reported its biggest single-day jump in cases.

* Regeneron Pharmaceuticals Inc and Sanofi said their rheumatoid arthritis drug Kevzara failed to meet the main goals of a U.S. study testing it in the most critically ill COVID-19 patients.

* Zydus has received approval from Indian regulators to begin human studies for its COVID-19 vaccine contender, the drugmaker said.

* COVID-19 vaccine candidates will enter late-stage clinical studies by the end of the month, with others beginning in August, September and October, the U.S. government's top infectious diseases expert said.

* Tentative signs of recovery in Ireland's economy means it is likely to shrink by 9% this year if further stringent measures to contain the coronavirus are avoided but almost 14% if they are reimposed, the country's central bank said on Friday.

* African countries have lost almost $55 billion in travel and tourism revenues in three months, the African Union commissioner for infrastructure and energy said. 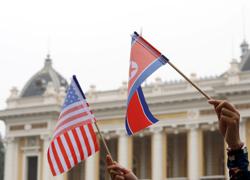 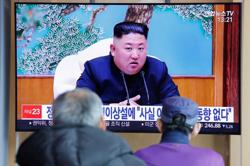 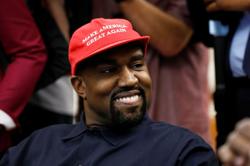