FILE PHOTO: Director General of the World Health Organization (WHO) Tedros Adhanom Ghebreyesus attends a news conference on the situation of the coronavirus (COVID-2019), in Geneva, Switzerland, February 28, 2020. REUTERS/Denis Balibouse

GENEVA/ZURICH (Reuters) - The head of the World Health Organization said on Wednesday that he regretted President Trump's decision to pull funding for the agency and called for global unity to fight the new coronavirus pandemic.

U.S. President Donald Trump's move to halt funding to the WHO over its handling of the infection prompted condemnation on Wednesday from world leaders as recorded global infections passed the 2 million mark.

"The United States of America has been a long-standing and generous friend of the WHO and we hope it will continue to be so," WHO Director General Tedros Adhanom Ghebreyesus told a news conference. "We regret the decision of the president of the United States to order a halt in the funding to the WHO."

He said the agency would assess its performance in the crisis as it does after every such occurrence.

"In due course WHO's performance in tackling this pandemic will be reviewed by WHO's member states and the independent bodies that are in place to ensure transparency and accountability," he said.

In addition to fighting COVID-19, the WHO helps many of the world's poorest and vulnerable people who are struggling with diseases and other conditions, Tedros said. Its programmes include polio, measles, malaria, Ebola, HIV, tuberculosis, malnutrition, cancer, diabetes, and mental health, he added.

The United States is the largest donor to the WHO, providing more than $400 million in 2019, roughly 15% of its budget.

Tedros added: "WHO is reviewing the impact on our work of any withdrawal of U.S. funding and we will work with partners to fill any financial gaps we face and to ensure our work continues uninterrupted."

But now was the time for the world to be united in its common struggle against the outbreak, which he described as a "dangerous enemy".

Dr. Mike Ryan, WHO's top emergencies expert, said that there would be opportunities in coming weeks and months to discuss WHO's budget with its other 193 states.

"We are laser-focused on doing a very important job and that is suppressing this virus and saving lives," Ryan said.

"There are so many thousands of brave front line workers doing that in the world today. This is all hands on deck. There is no public, no private sector. Everybody has something to bring to the table." Tedros says COVID-19 review will not impede WHO work 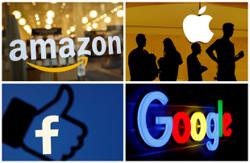