WASHINGTON (Reuters) - U.S. Secretary of State Mike Pompeo on Wednesday pressed China's top diplomat on the need for full transparency and information sharing as Washington ramped up its pressure on Beijing over the coronavirus outbreak.

Tensions between the world's top two economies over the global pandemic, which has now infected more than 2 million people, have escalated again, as President Donald Trump has pulled U.S. funding for the World Health Organization (WHO), accusing it of being "China-centric."

Pompeo, a China hawk, has also said the United Nations organization had failed to deliver on its promises. He has also repeatedly accused Beijing of covering up the scale of the outbreak in the early days and not sharing accurate data.

On Wednesday, he conveyed the U.S. position to his counterpart, Yang Jiechi, China's top diplomat. "The Secretary stressed the need for full transparency and information sharing to combat the COVID-19 pandemic and prevent future outbreaks," a State Department readout on the call said.

Chinese state broadcaster CCTV reported that Yang told Pompeo it was crucial for Washington and Beijing to properly manage their relations during the coronavirus outbreak and that he hoped the United States would meet China halfway, focus on cooperation and help to promote bilateral relations.

Pompeo also told his counterpart about the "high importance" Washington attached to China's facilitation of medical supply exports to meet critical demand in the United States, which is heavily reliant on imports of medical supplies from China, something that has been highlighted in the current pandemic.

Republican Senator Marco Rubio said in an opinion article last month that in 2018 the United States imported more than $12.7 billion worth of pharmaceuticals and antibiotics, medical devices and food products from China, not including organic chemicals used to create pharmaceutical products.

Washington and Beijing have been at loggerheads over the coronavirus outbreak, raising concerns at a time when experts say an unprecedented level of cooperation is needed to face the crisis due to the disease and to deal with its fallout.

China insists it has been transparent about the pandemic and has sharply criticized U.S. officials who cast doubt on that.

Last week, a senior Trump administration official urged China to allow the United States to work directly with laboratories in Wuhan on research into the novel coronavirus, saying this was critical to saving lives globally. WHO says first alerted to virus by its office, not China 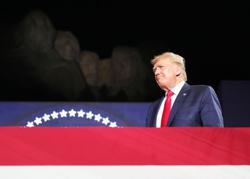