FILE PHOTO: Ayse Bugra (L), the wife of Turkish businessman and philanthropist Osman Kavala, leaves a restaurant after learning that the Istanbul prosecutor's office had demanded the re-arrest of her husband, in Silivri, near Istanbul, Turkey, February 18, 2020. REUTERS/Murad Sezer

ISTANBUL (Reuters) - A Turkish prosecutor appealed the acquittal of philanthropist Osman Kavala and eight others over their alleged role in the 2013 Gezi Park protests, calling for convictions as charged, a document obtained by Reuters showed on Thursday.

The protests, in which hundreds of thousands marched in Istanbul and across Turkey against plans to redevelop the central Istanbul park, posed a serious challenge to then-Prime Minister, now President Tayyip Erdogan.

The court case was condemned by Western allies and rights groups and after hours following his surprise acquittal on Feb. 18, prominent businessman Kavala was re-arrested in connection with an attempted military coup in 2016.

A 90-page document from the Istanbul chief prosecutor's office, dated April 8, called for the Gezi case acquittal rulings to be annulled and for the defendants to be convicted as charged.

It also called for a re-arrest order to be imposed on Kavala in connection with the Gezi case, even though he is already in custody.

In the Gezi case, Kavala and two other defendants had been facing life sentences without parole, while the other defendants were accused of aiding them in trying to overthrow the government by organising the protests. They had denied the allegations.

Kavala has spent more than two years in jail. In December, the European Court of Human Right demanded his immediate release, saying there was a lack of reasonable suspicion that he had committed a crime. 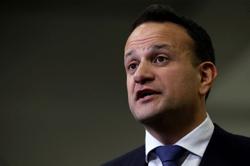 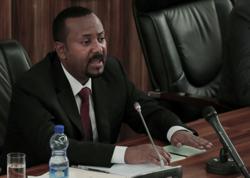 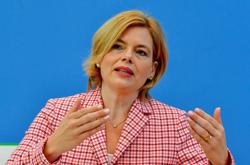