WASHINGTON/NEW YORK (Reuters) - U.S. immigration officials have rapidly deported nearly 400 migrant children intercepted at the U.S.-Mexico border in the past two weeks under new rules billed as seeking to limit the spread of the novel coronavirus in the United States, according to government data seen by Reuters.

President Donald Trump's administration implemented new border rules on March 21 that scrapped decades-long practices under laws meant to protect children from human trafficking and offer them a chance to seek asylum in a U.S. immigration court. Under the new rules, U.S. officials can quickly remove people without standard immigration proceedings.

Overall, U.S. border officials have expelled nearly 7,000 migrants to Mexico since the new procedures took effect, according to the data and a Mexican government official, who spoke on condition of anonymity. Of those, 377 were minors, the data showed.

The overall number of 7,000 was first published by ProPublica, but the figure for children deported has not previously been reported.

Around 120 of the minors, who arrived at the U.S.-Mexico border without a parent or legal guardian, were quickly sent on planes back to Guatemala, Honduras and El Salvador, according to data from March 27 to April 2. It was not clear whether the remainder of the children intercepted at the border were pushed back to Mexico or returned to their home countries during the preceding week.

U.S. Customs and Border Protection (CBP) declined to comment. The agency in the past has said that all people caught crossing illegally, including minors, could be subjected to the new restrictions, which aim to cut the time migrants arrested at the border are held in U.S. custody.

Before the pandemic of COVID-19, the potentially lethal respiratory disease caused by the novel coronavirus, unaccompanied minors caught at the border were placed in shelters run by the U.S. Department of Health and Human Services (HHS).

Children traveling with adults other than parents or legal guardians would also be classified as "unaccompanied" and put into HHS care, even if the adults they were traveling with were family members. Under the new rules, however, they are now called "single minors" and can be sent back to Mexico, according to a CBP official.

Trump has made cracking down on immigration a central goal of his administration and, before the global health crisis, the White House had criticized the process for handling unaccompanied minors as a "loophole" that allows the release of migrant children into the United States.

Trump said last month that foreigners attempting to enter the country illegally could spread the coronavirus to border agents, other migrants and the U.S. public, a concern that he said justified quickly turning them around without standard legal processes.

The current treatment of minors "happens to coincide with a long-term goal of the Trump administration" of quickly removing all migrants apprehended at the border, said Anthony Enriquez, who directs a program for unaccompanied children at Catholic Charities Community Services in New York.

Overall, the number of migrants encountered at the border fell dramatically after the implementation of the new border rules - with just 300 people currently in CBP custody, down from nearly 1,400 on March 27, according to the data seen by Reuters.

As more children have been denied entry at the border, the number of unaccompanied minors in federal custody has fallen, too.

The HHS office charged with caring for unaccompanied minors in the United States said there were roughly 2,800 children in custody on Monday, down from 3,100 five days earlier.

As of April 2, five children in HHS care had tested positive for COVID-19 out of 23 who had been tested overall. 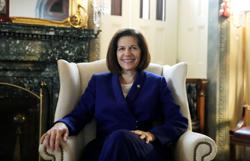 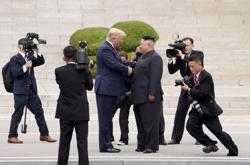 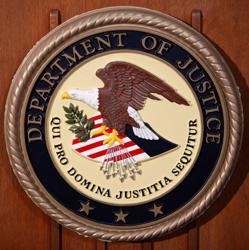