"Releasing them for eventual repatriation will help decrease the threat for inmates of the detention centres without compromising public security in any way," HRC President Awwad al-Awwad said in a statement, adding that more releases were expected. 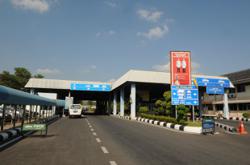