ROME (Reuters) - The Roman villa is booked, the guests are invited and their hotel rooms reserved. The gown is purchased and deposits for the honeymoon in Africa are paid.

Now Dan Salganik, a partner at a digital marketing agency in Chicago, is not so sure he is still going to get married in Italy in June.

He didn't get cold feet. But an uninvited guest - the coronavirus - has thrown cold water on his best laid plans and those of many other couples around the world.

"I am probably at that point where I have to start re-thinking things," he said.

Seaside towns, rolling countryside, frescoed palazzos and churches oozing art and history have made Italy one of the world's top destinations for weddings.

But the coronavirus crisis has hit Italy hardest in Europe and extended beyond its shores, hurting the hospitality and tourism industries at home as well as the wedding planning industry from Milan to Minnesota.

Melanee Shale and Raphe Wolfgang, both from Los Angeles, were supposed to have their wedding feast at a winery in the Umbrian town of Orvieto on April 18. The virus forced them to postpone to October 3.

"First, we thought about cancelling and doing something local in Los Angeles. But after talking to our wedding planner and venue, it really wasn't an option because we had paid the majority of our deposits to all," Shale said.

"We're still praying and hoping that this crisis does end by October hopefully. Otherwise, we don't know what to do," she said.

"Everything has ground to a halt," said Tiziana Marra, a wedding planner in central Italy. "Our restaurant business has stopped and we're having to fire people".

BRINGING IT BACK HOME

American couples who were thinking of weddings abroad are thinking again. Some say even if the coronavirus crisis should taper off, they don't want to impose potentially risky travel on older family members and guests.

"A lot of them who potentially had weddings in Italy or in France or in Europe, are bringing them back home," said Lauren Grech, CEO & co-founder of LLG Events, a New York-based company specialising in luxury destination weddings.

She said some venues in the United States were reducing their rates to help couples cope.

As outbreaks spread in the United States, couples are discussing "virtual weddings" so elderly family members could stay behind and follow the ceremony online.

"There is a lot of concern about the safety of guests," Grech said.

Cancellations of venues can be costly, with losses of up to 75 percent of deposits paid to a venue. So wedding planners are encouraging couples to lean towards postponing.

The coronavirus also has prompted a surge in interest in wedding cancellation insurance. Steve Lauro, vice president of Aon's WedSafe Program, says the company has seen a 100% spike in inquiries.

If future husbands and wives bought their policies before the outbreak, they may be able to recover some losses. But not any more.

"Coronavirus is now considered a known risk, and as such, couples will likely be hard pressed to now go out and find a policy to cover this specific risk," Lauro said.

The outbreak has prompted couples - some of whom would lose sleep over details such as the size and colour of napkins - to put things into a bigger perspective.

"(Things) that seemed like such a big deal, don't seem like such a big deal any more," said Perry Goldman, a New York-based director at Montieth and Company consultants who, before recent restrictions in New York, had been planning his wedding in Brooklyn at the end of March.

"Because this is actually a really big deal," he said. 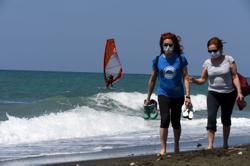 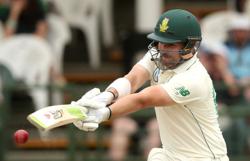