SYDNEY (Reuters) - Australian Prime Minister Scott Morrison on Friday urged people not to gather in groups of more than 500 from Monday but said he would still go to a weekend rugby game, as officials warned millions of residents would contract coronavirus within months.

Australia has recorded 156 infections and three deaths from the flu-like disease, figures that authorities expect to increase rapidly in the coming weeks.

Morrison said his government will advise against non-essential gatherings of more than 500 people from Monday, though this does not include schools, airports or public transport.

"This is an early-stage action that we are undertaking to make sure we get ahead of this," Morrison told reporters in Sydney, adding Australians should also reconsider their need for any overseas travel.

On Friday afternoon, home affairs minister Peter Dutton said he had tested positive for the pathogen and had been hospitalised but felt fine.

Dutton had been in the United States last week, where he met with Ivanka Trump, Attorney General William Barr and officials from the Five Eyes intelligence alliance on March 6, according to a Twitter post from Australia's embassy in the United States.

At home, he also met with Prime Minister Scott Morrison.

Morrison said he had received medical advice that said only people in contact with Dutton in the past 24 hours or so needed to self-isolate.

"That does not include myself or any other members of the Cabinet," Morrison said in a statement.

Health officials warned that millions of Australians would contract the coronavirus within the next six months.

"We're anticipating 20% of the population in the first wave to be affected," Kerry Chant, the chief medical officer for the New South Wales (NSW) state government.

Home to more than 7 million people, NSW is Australia's most populous state, and Chant said models suggest 5% of the state's population - some 350,000 people - will need hospital treatment as a result of coronavirus.

KEEP CALM AND CARRY ON

Australia's ban on foreigners from arriving from China, Iran and South Korea was extended on Thursday to cover Italy, and has formed a key part of Australia's move to stop the spread of the virus.

Morrison has spent much of the past week urging locals to remain calm while trying to reassure nervous financial markets.

On Thursday he said his government would inject A$17.6 billion ($11.1 billion) to spur an economy hammered by the coronavirus outbreak.

But Morrison's call for calm has largely fallen on deaf ears. Hundreds of Australians have begun stockpiling goods, from staples to sanitizers, while the country's share market has been battered in the past week.

Australia's updated medical advice was a key catalyst behind the cancellation of the Australian Formula One Grand Prix and an order for a cricket series between Australia and New Zealand to be played behind closed doors.

Two of the sports-mad country's most popular sports, rugby league and Australian Rules football, are beginning their seasons with games that typically draw tens of thousands of spectators, raising the risk of contagion.

Victorian Premier Daniel Andrews said the Australian Rules football league season may need to be suspended. The country's biggest and best-attended football code is due to begin its season on March 19.

"It might be the last game I get to go to for a long time. That's fine. In the future I suspect we might be watching them on television." 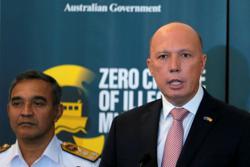 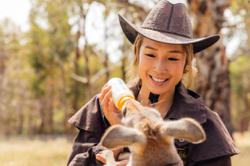 Ultimate Checklist For The Fleurieu Peninsula In South Australia