"Firearms and large amount of ammunition have been recovered from the spot. Our team is continuing search operations," said Sujoy Sarkar, a spokesman for the police anti-crime unit.

More than 730,000 Rohingya Muslims fled from their homes in Myanmar after a military-led crackdown in 2017 and sought refuge across the border in Bangladesh. Most live in camps near the resort town of Cox's Bazar.

Sarkar said police acting on a tip-off had raided the robbers' hideout near the camps. He said no more details were immediately available.

Bangladeshi police say some of the refugees are involved in various types of crime including drugs, human trafficking, and violence is a problem in the camps.

Bangladesh says the refugees must return home but there has been little progress on efforts to get a repatriation plan going with Myanmar. Many of the refugees are reluctant to go back, citing insecurity in the western Myanmar state of Rakhine.

The Hague-based International Court of Justice ordered Myanmar in January to protect the Rohingya against further atrocities after Gambia launched a lawsuit accusing it of genocide.

Myanmar denies genocide and dismisses accusations from Rohingya and rights groups who say members of the Muslim minority face persecution at the hands of the security forces in the Buddhist-majority country. 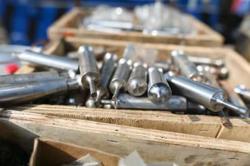 Stimulants worth over US$13mil seized in Myanmar 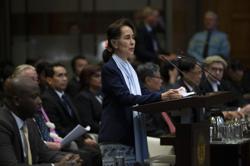