NEW DELHI (Thomson Reuters Foundation) - Authorities in the Indian capital plan to set up a programme to help rescued victims of human trafficking through training and work placements, the first part of the country to do so, a government statement said.

The head of the Delhi Commission for Women (DCW), Swati Maliwal, said after the first meeting of the city's Anti-Trafficking Committee that a task force would draft "a rehabilitation policy for trafficking victims," the statement late on Monday said.

"Under this policy trafficking victims would get skill development training and job placements also," it said, adding that private sector businesses could support the initiative.

National Crime Records Bureau data shows that 2,676 children were rescued from trafficking in 2014, against 3,834 the previous year. Activists say this grossly under-estimated the scale of the problem.

According to the 2014 Global Slavery Index, India is home to more than 14 million victims of modern-day slavery, ranging from domestic work to prostitution.

Thousands of Indians - largely poor, rural women and children - are lured to big cities like New Delhi each year by traffickers who promise good jobs but sell them into domestic or sex work or to industries such as textile workshops.

In many cases, they are not paid or are held in debt bondage. Some go missing, and their families cannot trace them.

The statement said the government had also decided that New Delhi should sign agreements with other Indian states to help link victims and their families and create a database of traffickers.

Officials at the meeting also discussed forming a panel of interpreters, translators and video-conferencing facilities so that victims could record statements from their home states.

In January, hundreds of children trafficked and enslaved to make bangles were rescued by police in the southern city of Hyderabad. Some of the children were as young as six. 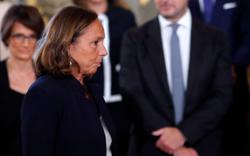