MADRID (Reuters) - Spain's prime minister published his tax returns on Saturday in a bid to quell reports he and other conservative politicians received secret cash payments but the opposition said many questions remain unanswered.

The government's website posted tax authority documents detailing Mariano Rajoy's income and tax payments from 2004 to 2012. His ruling People's Party (PP) also revealed four years of financial accounts on Friday, in another attempt to put the matter to rest.

The scandal, centred on ledgers supposedly made by a former party treasurer, have cut support for the PP to the lowest level on record and pushed up borrowing costs just as it seemed Spain was getting to grips with a financial crisis that had raised questions about the future of the euro zone.

Rajoy has said the payments were not made and that the party is organising an external audit into the affair.

"Spaniards are fed up of waiting for answers that never come," she told journalists in Valladolid on Saturday.

The tax returns overlap with the period of entries in the ledgers published by El Pais, which run from 1990 to 2009.

Support for the PP fell to 24 percent in a Metroscopia poll published on February 3, the lowest on record and barely more than half the support the party received when it won a landslide election victory in late 2011.

Spain, the euro zone's fourth-largest economy, has been at the centre of concerns about the future of the euro currency and was pushed to the brink of following Greece, Ireland and Portugal in asking for an international bail-out.

A pledge by the European Central Bank to act as a backstop for bets against peripheral euro zone countries has reduced borrowing costs, but Spain is still struggling with a deep recession and unemployment of 26 percent.

Fitch affirmed Spain's investment grade rating on Friday but warned that it could still downgrade the country's sovereign bonds in coming months on worries about the economy and public debt levels. 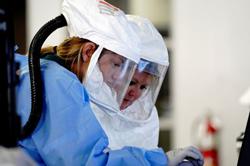