US condemns "senseless and inhumane" attacks in Pakistan

QUETTA, Pakistan: The United States has condemned the "senseless and inhumane" extremist attacks in Pakistan after a day of bomb blasts that killed 126 people and sparked angry protests by Shiite Muslims.

Two suicide bombers killed 92 people and wounded 121 when they targeted a crowded snooker club in the southwestern city of Quetta Thursday, in an area dominated by Shiite Muslims from the Hazara ethnic minority.

US State Department spokeswoman Victoria Nuland on Friday said Washington offered "the families of those killed in these brutal attacks in Quetta, in Swat, in Karachi... our deepest condolences".

"We obviously stand with the people of Pakistan in strongly condemning these senseless and inhumane acts," she added.

"We remain concerned about extremist violence of any kind in Pakistan and remain committed to working with the government of Pakistan to combat terror."

Extremist Sunni militant group Lashkar-e-Jhangvi claimed responsibility for what was the worst ever sectarian attack on Shiites, who account for around 20 percent of Pakistan's 180 million population.

Hundreds of Shiites staged a sit-in at the devastated snooker hall on Friday, refusing to bury loved ones until the army takes responsibility for security in Quetta from paramilitary and police officers.

The government in Baluchistan province, which is also fighting a separatist insurgency, announced three days of mourning, but the protesters squatted on the road alongside around 30 bodies draped in shrouds and placed in coffins.

It was the deadliest attack in Pakistan since suicide bombers killed 98 people outside a police training centre in the northwest in 2011 - an assault claimed by the Pakistani Taliban.

Meanwhile, unidentified men fired rockets on NATO containers carrying goods for international troops operating in Afghanistan, killing one person and destroying at least five vehicles in the Hazar Ganji area on the outskirts of Quetta on Friday.

"A group of at least 12 unidentified men attacked the terminal and fired rockets, which triggered a massive fire and gutted five out of 10 containers parked there," senior local police official Hamid Shakeel told AFP.

He said that the attackers escaped after also shooting dead an employee at a nearby petrol pump.

Earlier Thursday, a bomb detonated under a security force vehicle in a crowded part of Quetta, killing 11 people and wounding dozens.

A bomb at a religious gathering in the northwestern Swat valley killed 22 people and wounded more than 80, the deadliest incident in the district since the army in 2009 fought off a two-year Taliban insurgency.

At the snooker club, the first bomber struck inside the building then, 10 minutes later, an attacker in a car blew himself up as police, media workers and rescue teams rushed to the site, said police officer Mir Zubair Mehmood.

Lashkar-e-Jhangvi claimed responsibility in telephone calls to local journalists. The group has links to Al-Qaeda and the Taliban, and was involved in the kidnap and beheading of reporter Daniel Pearl in January 2002.

The attacks, coupled with violence in the northwest, revived warnings from analysts that Islamist militancy could threaten national elections, expected some time in May.

Polls would mark the first time an elected civilian government in Pakistan, for decades ruled by the military, completes a term in office and is replaced by another democratically elected government.

The Human Rights Commission of Pakistan demanded that the government take immediate steps to clamp down on "murdering mayhem" ahead of the elections. - AFP 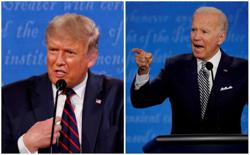