CARACAS (Reuters) - Military and civilian allies of Venezuela's convalescent President Hugo Chavez insisted on Friday he was still running the OPEC oil-producing nation despite his prolonged absence in Cuba for the removal of a cancerous tumour.

Army chief General Henry Rangel Silva and ministers moved quickly to head off speculation about a possible power vacuum or political infighting after Chavez, 56, revealed late on Thursday he was still receiving treatment after the operation.

He did not say when he would be back from Cuba, where he disappeared from public view after surgery on June 10. Nor did he specify the treatment he is receiving, leading to rumors the malignant cells may have spread, requiring chemotherapy.

Local media had said Chavez could have prostate cancer.

The absence of the charismatic leader -- who has dominated Venezuelan politics since 1999 and projected his leftist views across Latin America and the world -- have raised doubts about his ability to campaign for a presidential election in 2012.

It was also a humbling admission of mortality from a usually supremely confident politician with a string of election wins who has often taunted his foes with the prospect of staying in power until 2021.

With doubts swirling over how long his recovery could take and opponents questioning how Venezuela should be ruled in his absence, Venezuelan Vice President Elias Jaua insisted Chavez was in "full exercise of authority" from Cuba.

"Let no one have any doubts -- it's Chavez who's in charge here," Energy Minister Rafael Ramirez echoed.

One source close to the Venezuelan medical team that is following Chavez's recovery said the diagnosis had revealed a cancer that required aggressive treatment that could take several months. A wing of the Caracas Military Hospital was being prepared to receive him when he returns, the source said.

No official public updates on Chavez's detailed medical condition have been released since his own account late on Thursday.

While wishing Chavez a prompt recovery, the opposition accused the government of lying about his condition.

They also argued that under the constitution, he should delegate powers in the case of prolonged illness or absence.

"We don't know when the president is returning ... There could be a flood of demands (arguing this) in the courts," said Ramon Aveledo, leader of the Democratic Unity opposition bloc.

The president, he said, would be home soon. "He is getting better, he's fine," Rangel told state television.

To bolster the message that Chavez remained in charge, state TV on Friday showed a video of the talkative president chairing a mini-cabinet meeting in Havana on Wednesday.

"We shouldn't let our guard down for a moment. Onwards, at a victory pace," Chavez said in the recorded video, in which he said rehabilitation included daily walks and a special diet.

He said his friend and mentor, former Cuban President Fidel Castro, sent him treats like peanut butter and cooked lamb.

Chavez, one of the world's fiercest critics of Washington, confirmed postponement of a regional summit scheduled for July 5 in Venezuela on the 200th anniversary of its independence.

Markets have generally reacted positively to news of Chavez's health problems, on the presumption they improve the chances of a more business-friendly government. Venezuela's benchmark 2027 rose 1.750 points to 76.563.

"Political vacuums are rarely to be encouraged but this one could lead to a slowdown in public spending and could raise the likelihood of an opposition victory in the next elections and thus a less confrontational governing style," said Richard Segal, an emerging markets analyst at Jefferies in London.

U.S. CAUTIOUS, A WORRY FOR CUBA

Washington, which accuses Chavez of authoritarian rule in a major U.S. oil supplier, said it saw no immediate instability.

"This is clearly a personal matter and something that he and his family are dealing with," State Department spokesman Mark Toner told a news briefing in Washington.

"We're sympathetic to that. But we don't have any reason to believe there's anything involving stability there."

Chavez's illness however is a source of concern for his main political ally Cuba, for whom Venezuela is a key economic benefactor and oil supplier.

Chavez allies vowed they will continue his leftist drive, which has included nationalization of much of the economy.

In Caracas shantytowns, where Chavez is still widely loved for using oil revenues to build new clinics and schools, supporters saluted him overnight with fireworks.

Opposition leaders, seeking to rally around a unity candidate to be picked in February for the 2012 presidential vote, may see the news as a sign Chavez is weakened.

"It is impossible to deduce if he will or will not be in a physical state and the right mood to go into the 2012 campaign," said local analyst Luis-Vicente Leon.

The opposition was trying hard to avoid appearing gleeful at Chavez's ill health, although some detractors posted vitriolic messages on Twitter and other sites.

Known for eight-hour speeches and frequent camera appearances, Chavez left Venezuela in near silence and its government functioning at half-steam for almost three weeks after the June 10 operation to remove a pelvic abscess.

"The president looks fallible for the first time and it may be only a matter of time before the cracks begin to appear, potentially between a civilian and a more military wing (in government)," the British-based LatinNews newsletter said.

Paraguayan President Fernando Lugo, treated for cancer last year, wished him "faith" and "strength." Colombian President Juan Manuel Santos, an erstwhile foe who has patched up his relationship with Chavez, wished him a "speedy recovery." 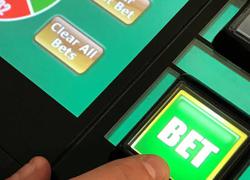