KHARTOUM (Reuters) - China's trade and oil interests in Sudan have induced the permanent U.N. Security Council member to provide diplomatic cover for the government accused by many of war crimes against its own people, analysts say.

Sudan has had its back against the wall of the U.N. headquarters in New York during the past 18 months over the conflict in Darfur, where tens of thousands of people have died as a result of violence the United States called genocide.

But the spectre of a Chinese veto has shielded Sudan from possible sanctions over the conflict and in turn protected a growing source of much-needed oil for Beijing.

"This is RealPolitik," said Adwoa Kufuor, a human rights analyst on Sudan. "Yes China has economic interests ... and yes China will not risk offending the government of Sudan."

China's heavy but understated presence in Sudan is symbolised by the vast, walled compound housing its embassy on prime real estate in Khartoum. It dominates Sudan's crude oil sector, which produces around 330,000 barrels per day, and is building roads, bridges and dams.

"In key countries, China is becoming the new IMF of Africa without the strings, or at least only with strings that tied to Chinese national commercial interests," said Martyn Davies, director of the Centre for Chinese Studies at South Africa's Stellenbosch University.

Despite widespread condemnation within the United Nations of the atrocities ongoing in Darfur, and acknowledgment of the government's involvement in them, Sudan has avoided penalty.

Numerous resolutions have reiterated Khartoum must disarm its proxy Arab militias, accused of widespread rape, killing and looting, but Sudan has still not done this. Violence escalated recently, prompting U.N. Secretary-General Kofi Annan to warn the region was descending into anarchy.

"In the case of Darfur, the main impediment to stronger action by the Security Council has been China, which owns a 40 percent share of Sudan's main oil producing field," rights group Human Rights Watch said in a report.

It said China had used the threat of its veto to soften resolutions critical of the government.

But Hassan al-Turabi, the Sudanese president's former ally, said China's considerable military loans and investment in Sudan were welcomed because they came without strings attached.

He said Beijing's diplomatic support, especially on preventing sanctions, was based on business.

China has abstained from voting on every Security Council resolution critical of the Sudanese government's failure to halt the violence in Darfur, which forced more than 2 million people from their homes last year and created what the United Nations called the world's worst humanitarian crisis.

But in protecting Sudan, China must not be seen to be ignoring other interests and that limits how far Beijing is willing to go.

The acid test of Sudanese-Chinese relations came on March 31, when U.N. Security Council Resolution 1593 referred Darfur to the International Criminal Court, the first such move.

Vice President Ali Osman Mohamed Taha told Sudan's cabinet he had Chinese assurances the resolution would not be passed, a source close to the presidency told Reuters. "He was confident it would not get through and told them not to worry," he said.

Wang Guangya, China's U.N. representative, told the Council: "China did not favour the referral to the International Criminal Court without the consent of the Sudanese Government." But their abstention rather than a veto embarrassed Taha within the government, the presidency source said.

Turabi said while China's investment in Sudan was considerable, they had other wider interests which meant they could not offer full support to Sudan in opposition to powerful trading partners like the United States.

"If they treat the Sudan too gently of course that would cost them too much otherwise, so people understand that as much as they have given to us -- that was enough," Turabi said. 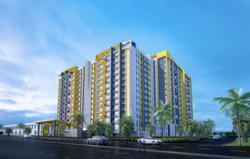