QuickCheck: Is Chinese New Year celebrated by a quarter of the world's population?

ACCORDING to a report by the United Nations in 2022, the total world population sits at about eight billion people. Of that number, a quarter of it, or two billion people, celebrates Chinese New Year.

In Malaysia, it was reported that 22.4% of the country's population celebrates Chinese New Year. That adds up to almost 7.4 million Malaysians who take part in the festivities.

Globally, Chinese New Year - or the Lunar New Year - is celebrated all across Asia. It is also prominent beyond Asia, especially in Australia, Canada, Mauritius, New Zealand, Peru, South Africa, the United Kingdom, and the United States, as well as various European countries.

China alone has a population of 1.4 billion people, which already makes up about 18% of the world's population. Countries that recognise the Lunar New Year as a public holiday include Malaysia, Indonesia, The Philippines, Vietnam, South Korea, North Korea, Singapore, Brunei, and of course, China itself.

While "Chinese New Year" remains the official name for the festival in Taiwan, the name "Spring Festival" was adopted by the People's Republic of China instead.

On the other hand, the overseas Chinese diaspora mostly prefers the term "Lunar New Year", while "Chinese New Year" remains a popular and convenient translation for people of non-Chinese cultural backgrounds. 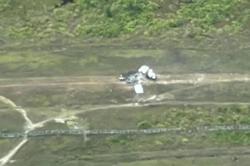