PETALING JAYA: Bukit Aman has debunked a video reportedly showing police issuing compounds to those not wearing face masks on the Federal Highway.

In a statement Monday (Aug 3), he said the video that had gone viral was from an operation by the Selangor Traffic Investigation and Enforcement Department on June 12 2019.

"The operation then was to take action against motorcyclists who had not used the dedicated motorcycle lane. A total of 227 summons were issued.

"The department urges all to stop sharing untrue videos and news on social media.

"Strict action will be taken against those who sensationalise issues to create unease among the public," he said. 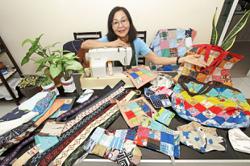