By Clifford Lo and Kanis Leung

A deadly fire at a public housing estate in Hong Kong’s Kwun Tong district on Friday morning killed four members of a single family, including a two-year-old girl, whose grandfather was left fighting for his life in hospital.

A preliminary investigation showed a short circuit in the living room of the family’s three-bedroom flat was the likely cause of the blaze, which engulfed the unit on the fifth floor of Tat Hei House, Po Tat Estate and led to the evacuation of about 180 residents, according to a police source. 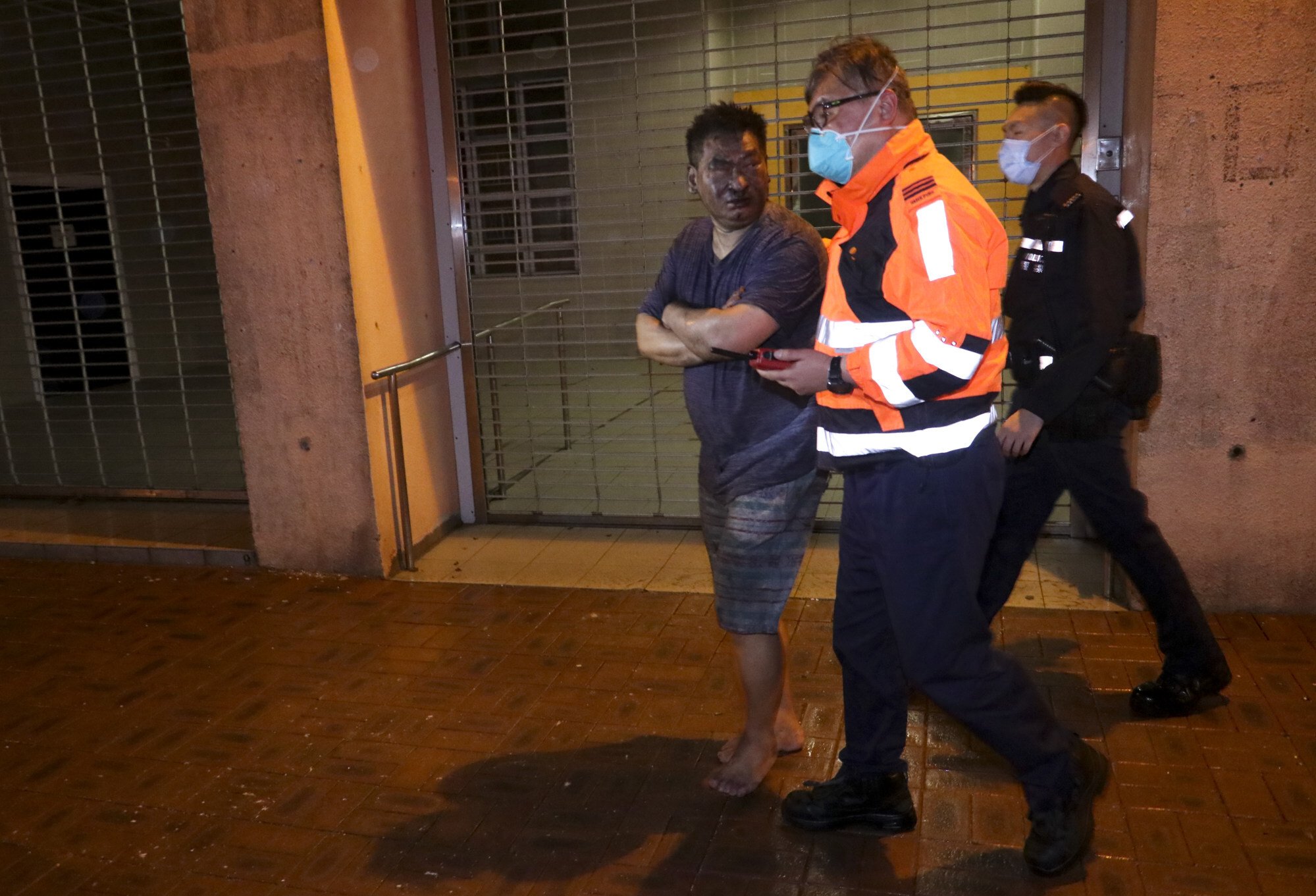 Emergency personnel responded to the scene shortly after 3am.

A 60-year-old man, his 49-year-old wife, their two daughters, aged 26 and 28, and two-year-old granddaughter were inside the flat at the time the fire broke out.

A son-in-law, 26, was alerted of the fire when he received a call from his wife and immediately raced home, according to the force. 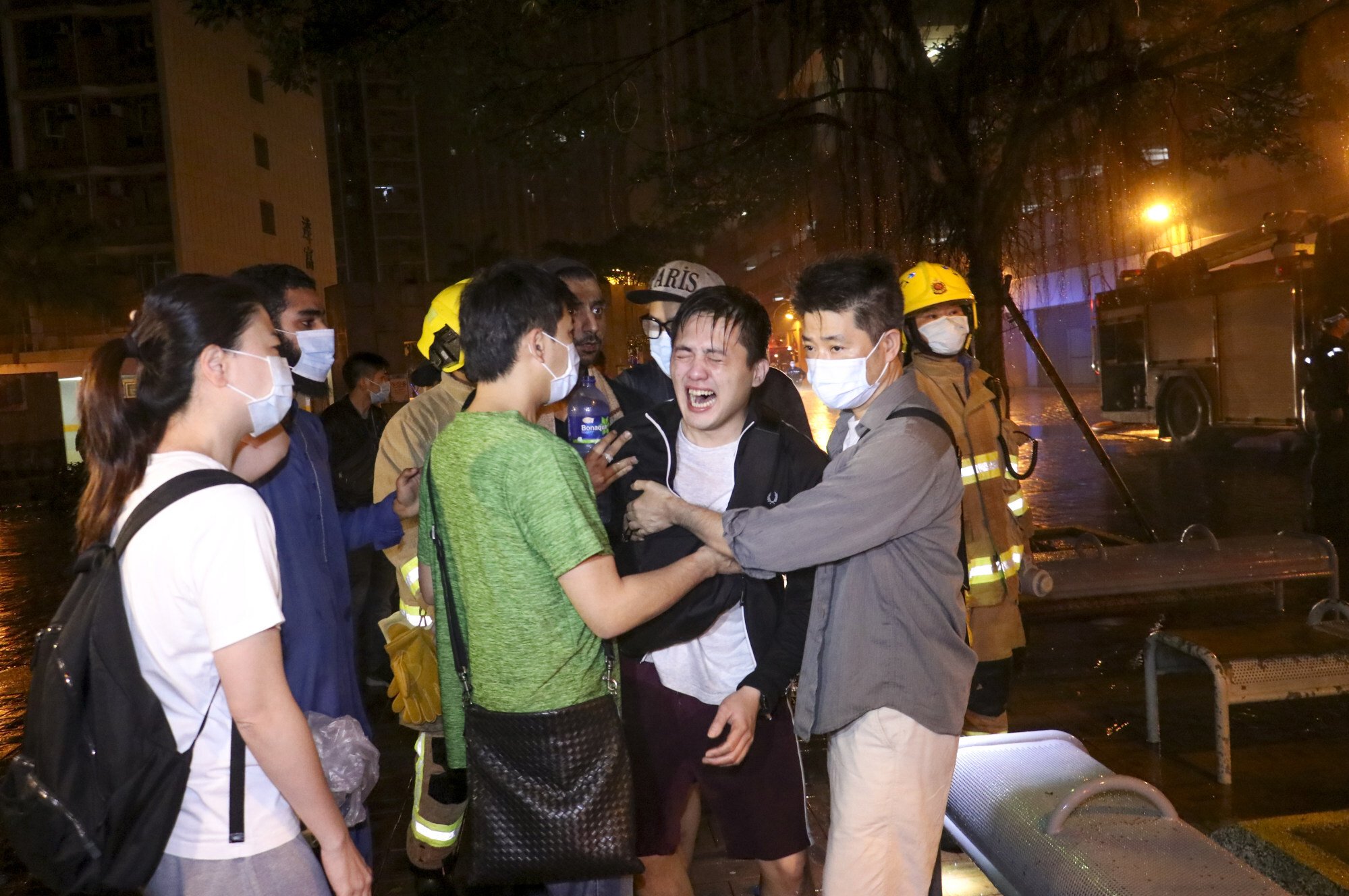 “The grandfather managed to get out and run downstairs before rescuers arrived,” a police source said. His wife, daughters and granddaughter were unable to escape and were trapped in the three bedrooms of the burning unit.

The man was in a semi-conscious state when found on the ground floor of the building and was taken to Tseung Kwan O Hospital. As of publication, he remained in critical condition. 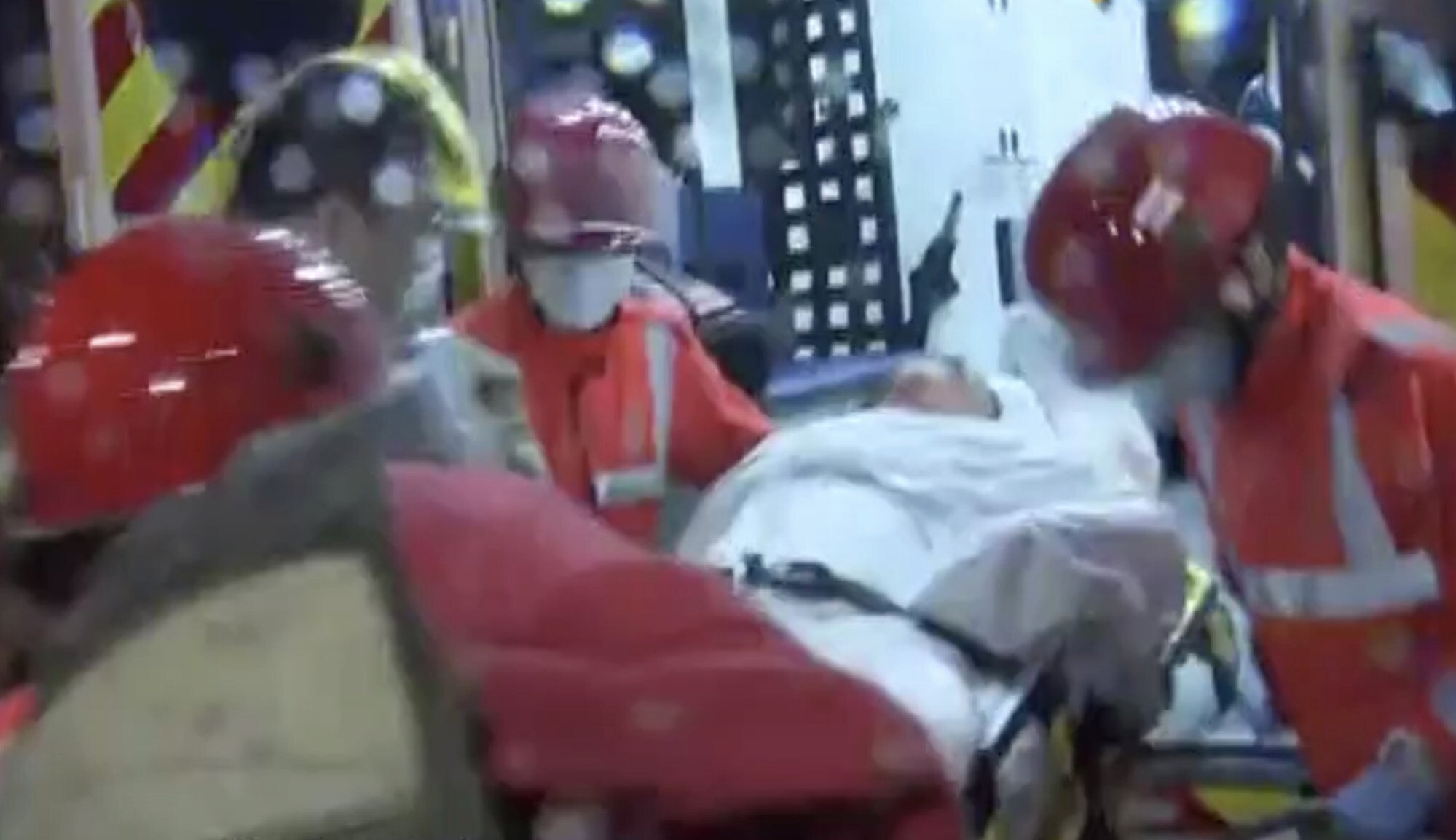 Firefighters equipped with breathing apparatus pulled the three women and toddler – all unconscious – from the flat. The older of the two daughters was certified dead at the scene while her daughter, sister and mother later died in hospital.

According to the Fire Services Department, nine fire engines and seven ambulances were sent to the scene and nearly 100 firefighters were deployed. The blaze was put out just before 4am. 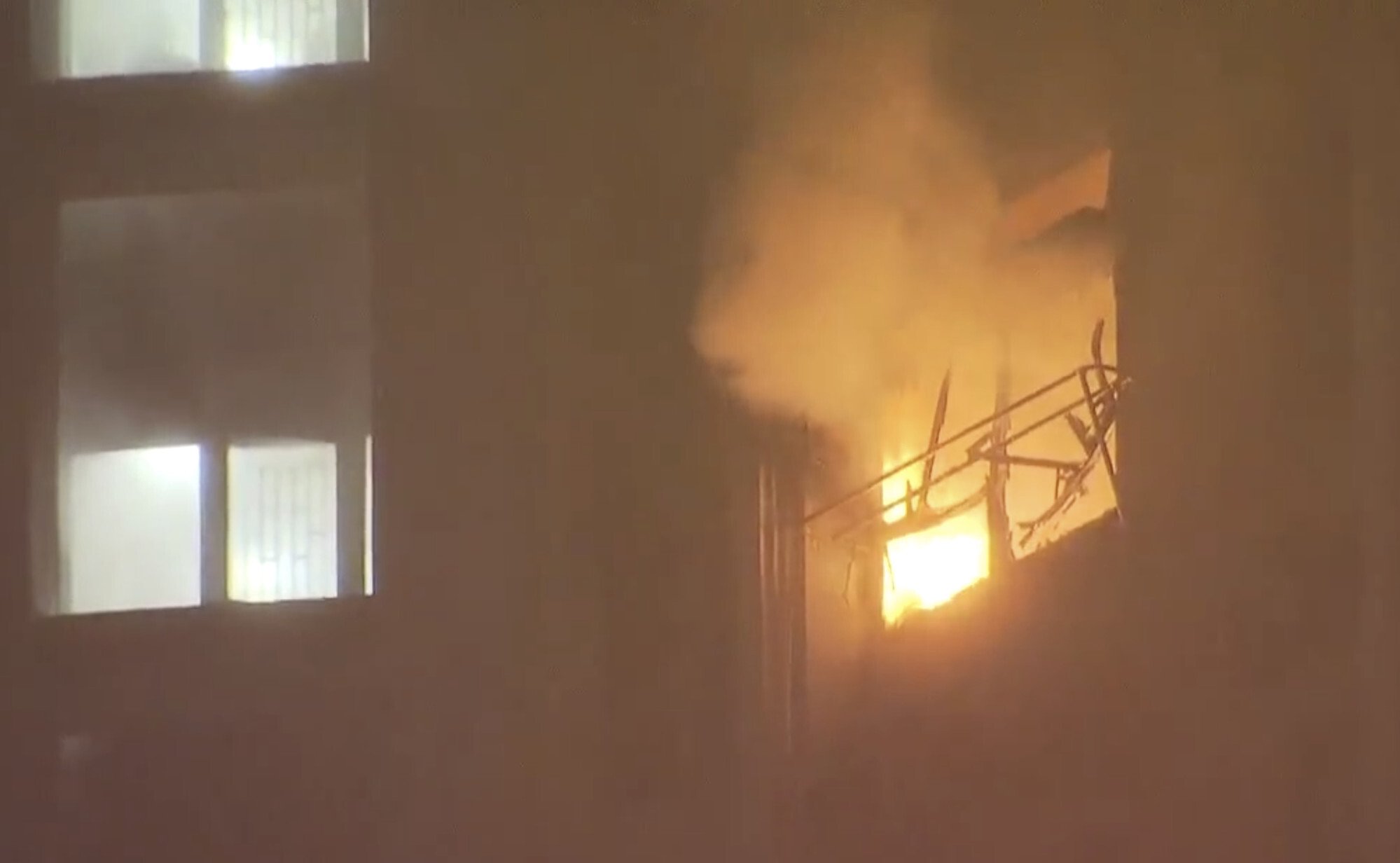 A man in his 90s who lived on a higher floor of the public housing block complained of feeling unwell after inhaling smoke. He remained in stable condition at United Christian Hospital as of Friday afternoon.

“The fire was violent and temperatures at the scene were very high,” Wong said, adding a task force had been set up to investigate the cause of the blaze. Firefighters helped about 30 other residents to safety, while another 150 evacuated the building on their own.

Speaking at a Legislative Council meeting, security minister John Lee Ka-chiu expressed condolences for the victims and their families, adding the government would provide them with all necessary support.

‘Get out of Thailand’ online campaign gains real-world momentum as Covid grows
Hong Kong woman conned out of HK$20mil by phone scammers impersonating police
Malaysians in India to be flown back due to surge in Covid-19 cases there, says Hisham
Thai digital payments double in Feb as outbreak spurs online activity
TikTok and Douyin still the world’s most downloaded non-game apps but growth has slowed
Covid-19: Another 3,551 cases recorded, Selangor figures stay above 1,000
Indonesia begins its Eid al-Fitr travel ban as some try to skirt rules
Tesla to set up database in China so drivers can access facts
Thailand says foreigners to get COVID-19 vaccines amid access concern
With love on the rocks, marriage counselling booms in China