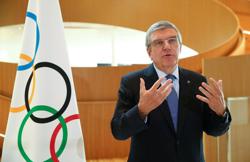 Beijing warned that it might take action in response to Tokyo’s decision to dump radioactive water from the wrecked Fukushima nuclear plant into the sea, adding to already strained ties between the two East Asian neighbours.

China’s foreign ministry on Tuesday blasted the Japanese government for being “extremely irresponsible” in its decision to release 1 million tonnes of waste water into the Pacific Ocean in two years, a decision that has prompted fierce opposition from the local fishing industry as well as neighbouring countries, including South Korea. However, the United States said the approach was acceptable.

Japanese Prime Minister Yoshihide Suga told a cabinet meeting on Tuesday that the decision, long delayed by public opposition and safety concerns, was the “most realistic option”. This comes a decade after the worst nuclear disaster since Chernobyl was triggered by a huge earthquake and tsunami that ripped through northeastern Japan in 2011.

Suga said the Japanese government would “take every measure to absolutely guarantee the safety of the treated water and address misinformation”. He said his cabinet would meet again within a week to work out the details of the plan.

In a statement on Tuesday, Beijing said safety concerns remain and that China had not been properly consulted by Tokyo over the decision.

“The Japanese side has yet to exhaust all avenues of measures, disregarded domestic and external opposition, has decided to unilaterally release the Fukushima plant’s nuclear waste water without full consultation with its neighbouring countries and the international community,” the foreign ministry statement said.

“This action is extremely irresponsible and will pose serious harm to the health and safety of the people in neighbouring countries and the international community.”

China called on Tokyo to reverse the decision, adding that it would continue to monitor the development and “reserve the right to respond further”.

Koo presided over an emergency vice-ministerial meeting to discuss Seoul’s actions following Japan’s announcement before addressing a press conference. He said the government would “take every necessary measure” to keep the South Korean people safe from contaminated water from the Fukushima plant.

More than a dozen South Korean civic activists staged a protest outside the Japanese Embassy in Seoul on Tuesday condemning Japan’s proposed discharge of radioactive waters into the sea as a “nuclear terrorist act”.

Tokyo, meanwhile, said it has been in close coordination with, and had the backing of, the International Atomic Energy Agency. The decision also appears to have been backed by its ally the United States.

Fukushima, 10 years on: Researcher says the ‘suffering is far from over’

“In this unique and challenging situation, Japan has weighed the options and effects, has been transparent about its decision and appears to have adopted an approach in accordance with globally accepted nuclear safety standards,” said Ned Price, State Department spokesman in a statement on Monday.

“We look forward to the GOJ’s [Government of Japan] continued coordination and communication as it monitors the effectiveness of this approach.” 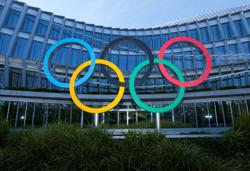