THE Constitutional Court will proceed with the judicial review petition filed against the executive order on the Covid-19 pandemic response as it has summonsed President Joko “Jokowi” Widodo and the House of Representatives to the hearing this week as witnesses.

The hearing, scheduled to take place at 10am on Wednesday, will listen to testimonies from the President and the House as the executive and legislative parties involved in the passing of a regulation in lieu of law, Perppu No. 1/2020, which grants the government the authority to allocate emergency coronavirus spending.

The House passed the Perppu into law in a plenary meeting last Tuesday.

“All parties (including) witnesses and experts must attend the hearing to answer the Constitutional Court’s summons, ” the summons letters signed by the court’s clerk stated as reported by tempo.co on Friday.

The hearing will continue the request filed by a group of anticorruption activists, who argued that Article 27 violated the 1945 Constitution and several prevailing laws, including the 2003 law on state finances and the 2006 law on the Supreme Audit Agency.

The Perppu allows the government to extend the state budget deficit beyond the legal cap of 3% of gross domestic product and allocate the spending to programmes related to Covid-19, while officials are protected from any legal charges as long as they act “in good will and according to the law”.

Coordinator of the Indonesian Anticorruption Community (Maki) Boyamin Saiman said he hoped the President and representatives from the House would be present at the hearing.

“We, as members of the public, need an explanation as to why it is necessary for a Perppu on Covid-19 to include impunity for state officials, ” he said.

He was referring to Article 27, which activists have strongly criticised for allegedly granting impunity to officials caught misappropriating state funds.

Maki, Boyamin said, had prepared four expert witness in the legal and financial sectors to testify in the hearing on Wednesday.

Law and Human Rights Minister Yasonna Laoly has denied that the Perppu would give officials impunity from graft charges if corruption were to occur, adding that Article 27 only meant to ensure that the government could make swift decisions in mitigating the health crisis.

The government seeks to disburse 405.1 trillion rupiah (RM118bil) for Covid-19 measures, most of which would be allocated to support economic recovery rather than health care. — The Jakarta Post/ANN 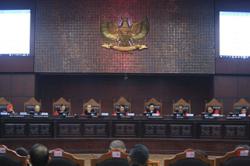 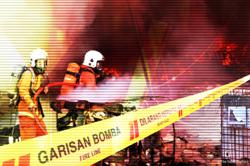