WHO: This virus may never go away

GENEVA (Xinhua):- World Health Organization (WHO) officials said on Wednesday (May 13) that it was hard to predict when the pandemic would be over, but countries should stay positive and collaborate closely.

"We have a new virus entering the human population for the first time, and therefore it is very hard to predict when we will prevail over it." Michael Ryan, executive director of the WHO Health Emergencies Programme, said on Wednesday at a press conference in Geneva.

"I think it's important to put this on the table: this virus may become just another endemic virus in our communities and this virus may never go away," said Ryan. "It is important that we be realistic and I don't think anyone can predict when or if this disease will disappear."

"We may have a shot at eliminating this virus" with the help of a vaccine, he said, adding that the vaccine must then be "highly effective" and "made available to everyone" and that "we will have to use it."

He believed that there was a "massive opportunity for the world" to turn "a tragic pandemic into a beacon of hope for the future," urging the world to "work together to solve our problems through solidarity, through trust, through working together and through a multilateral system that can actually benefit mankind."

"In some senses, we have control over that future, but it's going to take a massive effort to do it," he said, noting that "it's going to need the political, the financial, the operational, the technical and the community support to be a success."

Maria Van Kerkhove, Covid-19technical lead at WHO, added that while people might be "in a state of feeling quite some despair," we should remain positive and hopeful.

"We have seen countries bring this virus under control, we have seen countries use public health measures, the fundamentals of public health and epidemiology and clinical care, to bring the virus under control and to suppress transmission to a low enough level where communities can get back to work and communities can open up again, so we can't forget that," she said.

"It will take some time before we have the information on these medical interventions and it's coming and people are working very hard on that. But this is in our hand and we are seeing hope in a number of countries and I really don't want people to forget that," she added.

Meanwhile, a new report released by WHO on Wednesday shone a light on inequality, which the WHO chief described as being one of the key drivers of the current Covid-19 pandemic.

WHO Director-General Tedros Adhanom Ghebreyesus said that based on the information in the report, the world has not done enough to deliver on the promise of health for all.

Tedros cited the report as saying that globally in 2020, approximately one billion people spend at least 10 percent of their household budgets on health care; over 55 percent of countries have fewer than 40 nursing and midwifery personnel per 10,000 people, and the world now risks backsliding on child immunisation.

"The report reflects that the rate of progress is too slow to meet the Sustainable Development Goals and will be further thrown off track by Covid-19," Tedros said.

However, the WHO chief also cited the new report as saying that there was good news too.

"The biggest gains were reported in low-income countries, which saw life expectancy rise by more than a fifth since the turn of the millennium," he said, adding that better maternal and child healthcare has led to the halving of child mortality since 2000.

The WHO on Wednesday released "2020 World Health Statistics", an annual check-up on the world's health. According to the new report, life expectancy and healthy life expectancy have increased in the world, albeit unequally.

At the same time, however, only between one-third and half of the world's population were able to access essential health services in 2017. Health service coverage in low and middle-income countries remained well below that in wealthier ones.

In 2017, two in five households globally lacked basic handwashing facilities (soap and water), according to the report.

According to Tedros, the major issues covered in the report will be discussed in detail during the World Health Assembly next week. - Xinhua 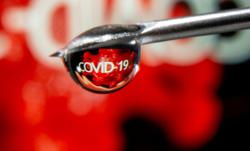