BANDAR SERI BEGAWAN (Borneo Bulletin/ANN): Brunei is deciding on which premises it would re-open first when restrictions imposed following the Covid-19 outbreak are lifted.

Minister at the Prime Minister’s Office and Minister of Finance and Economy II Dr Awang Mohd Amin Liew Abdullah various ministers would be consulted before a final decision is made.

“It is a major decision that needs the involvement of most ministers, ” he said at a press conference at the Ministry of Health (MoH) building on Wednesday (May 13).

Dr Awang Mohd Amin added that they will begin with premises deemed to be of a lower risk, along with conditions.

Giving an example, he said: “If the seating capacity is 100, it will be limited to a certain percentage of that total capacity, on top of having to fulfil certain criteria, such as reporting on the conditions of employees.

“Those who are sick will not be allowed to come to work on that day, and so on, to protect the public. That way, we can be prudent on one hand and monitor the situation on the other.”

Minister of Health Dr Mohd Isham Jaafar added that three major things need to be considered when some of the restrictions are lifted.

The first is the country’s ability to handle Covid-19; the second is its ability not to overlook other problems such as heart disease and cancer; and finally, its capacity to diagnose and carry out contact tracing, ” he said.

“We have fulfilled most of the criteria. However, because of the recent cases, there is a bit of caution.”

Dr Mohd Isham also disclosed that the government is currently strengthening the situation in the Belait District, in terms of the capacity at the Suri Seri Begawan Hospital, along with plans to open another flu centre in Seria.

“We'll open the moment we feel it to be safe, as there are a number of countries showing a second wave, ” he said. - Borneo Bulletin Brunei: 10% of population tested for virus; no new Covid-19 cases for 87 days 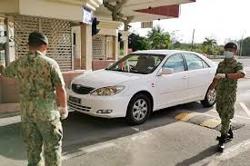