The sale and slaughter of live animals such as softshell turtles at wet markets here is under review amid efforts to improve safety standards.

Senior Minister of State for the Environment and Water Resources Amy Khor told Parliament yesterday that the ministry will outline the results of the review once they are ready.

Dr Khor was responding to a question from Louis Ng (Nee Soon GRC) on whether the ministry will consider banning such practices.

Ng noted that the risk posed by the slaughter and sale of wild-caught, softshell turtles at wet markets is “very similar to what might have led to this whole Covid pandemic in the first place”.

He was referring to the suspected links between Covid-19 and a seafood market in Wuhan that sold live and dead creatures such as bats, civets and snakes as food, where the disease has been said to have originated.

He said the turtles are caught in the wild overseas, so no one knows what diseases they may be carrying as they are being transported and stocked in local markets.

Ng questioned the need to take such a public health risk, adding that even salmonella infections can be fatal.

Dr Khor noted that there is little risk of transmission associated with the sale and slaughter of reptiles such as softshell turtles, citing evaluations done by the Singapore Food Agency in consultation with the National Parks Board and the National Environment Agency.

She said: “Transmission risks are found to be low, as long as food safety and hygiene standards are maintained. There have been no cases of zoonotic disease transmission from these animals at the wet market stalls.”

She said there were only four stalls across all the wet markets in Singapore that sell live softshell turtles, adding that tenders for such outlets have been banned since 2012.

Dr Khor noted that the vast majority of zoonotic pathogens, especially emerging ones, are associated with mammals and birds rather than reptiles, which is why slaughtering them in wet markets was banned in 1992.

“Nonetheless, agencies are reviewing the sale and slaughter of live animals in wet markets, taking into consideration international benchmarking and scientific evidence,” she said.

Dr Khor added that store vendors and patrons should observe good hygiene practices such as handwashing before and after handling raw meat, and by thoroughly cooking it to get rid of any harmful bacteria. 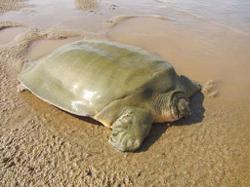 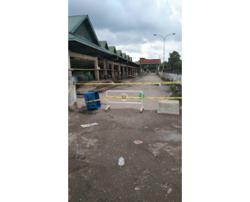 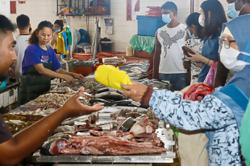