Singapore and Malaysia delay deal on rail project to end-July

SINGAPORE/KUALA LUMPUR: Malaysia and Singapore have agreed to delay finalising an agreement on a US$736mil train project connecting Malaysia's southern state of Johor with the city-state to the end of July, their transport ministries said on Sunday (May 3)

The countries agreed to extend the deadline for three months to July 31 after talks on the scheme, known as the Rapid Transit System (RTS) Link, were hit by curbs on movement to stem the coronavirus, Malaysia's Transport Minister Wee Ka Siong said in a statement.

In a separate statement, Singapore's transport ministry said it hoped to wrap up discussions with Malaysia soon, adding that it would be the final extension.

The RTS Link project was suspended last year after Malaysia's then-government, which came into power in 2018, pledged to tighten finances and review major deals. 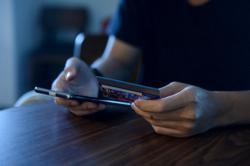