MANILA: Eleven Philippine Army soldiers were killed and 14 others wounded in an hour-long clash with Abu Sayyaf militants in the remote southern Philippine Sulu Province on Friday, the military said on Saturday (April 18).

The Armed Forces of the Philippines' Western Mindanao Command chief Lieutenant General Cirilito Sobejana said in a report that Army troops on patrol clashed with around 40 militants in a village in Patikul town around 3pm, resulting in the killing and wounding of soldiers.

Sobejana said Abu Sayyaf militants also sustained casualties based on the bloodstains on the clash site.

Abu Sayyaf Group is considered the smallest but the most violent of the extremist groups in the southern Philippines.

The group, which has an estimated 400 fighters, is active in the impoverished archipelagic provinces of Sulu and Basilan.

The group is responsible for the series of kidnappings, deadly bombings, ambushes of security personnel, public beheadings, assassinations, and extortion in the Mindanao region.

The group, which has been sowing terror in the Philippine southern region since the 1990s, preys on foreign tourists, businessmen and fishermen not only from the Philippines but also from Indonesia and Malaysia and hide them in Philippine jungles or remote islands. - Xinhua/Asian News Network
Article type: free
User access status: 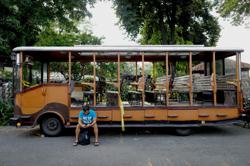