Man walks for five days to return home amid quarantine

Standing on a seemingly endless road in the town of Gumaca in Quezon province, Marlon Dalipe was beginning to feel the pain down to his feet – after all, it was already the third day of what became a five-day walk from the nation’s capital region to his hometown.

Dalipe only had his persistence to return home and 500 pesos (RM42) in his wallet when he decided to do what many would say is unimaginable – walk his way from Alabang in Muntinlupa City to his hometown in Camarines Sur.

He was among the individuals who took part in what seemed like a mass exodus from Metro Manila following the imposition of the community quarantine – in response to the coronavirus pandemic.

Dalipe had been working as a construction worker in Paranaque City for only two weeks when the government announced the placement of Metro Manila under community quarantine effective March 15.

Hours before the clock struck midnight, Dalipe rushed to Alabang in hopes of getting a bus.

“When I arrived in Alabang, I was going to ride a bus to Bicol. But it was approaching midnight and I knew bus operations would shut down at midnight, ” he said.

Under the community quarantine, land, air, and domestic sea travel to and from Metro Manila were suspended until April 14.

This prompted Dalipe to make a choice: if he cannot ride a bus, he will instead walk his way to his hometown.

“We’d go hungry in Metro Manila because we wouldn’t be able to purchase food, ” Dalipe said.

The date was March 15, the first day of the quarantine. The sun had not even risen yet and under the moon Dalipe found himself walking to the province of Batangas.

When the sun rose, the heat became a problem but along the way, Dalipe found company with others who shared the same journey.

Dalipe finally reached home after walking for five days. He said he was telling himself one thing during his journey: “As long as I reach home, I’ll walk. I will just rest when I get there.”

“It was a sigh of relief but my feet were sore, ” Dalipe said.

But when the situation improves, he will return to Metro Manila. He has no choice; life is not easy in the province, he said.

“It is so hard to look for jobs. It is hard to earn money. We tried our luck in Manila but we did not know it was going to end up like this.” — Philippine Daily Inquirer/ANN 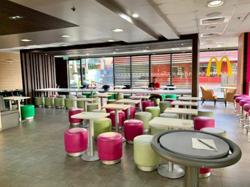 Metro Manila lock down taking toll on workers and businesses 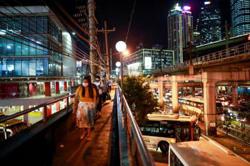