Japanese Prime Minister Shinzo Abe addressing Parliament in Tokyo on March 23, 2020. A decision to postpone the 2020 Olympics "may become inevitable" and Abe has pledged a bigger stimulus package to cushion the economic blow from the Covid-19 (coronavirus) outbreak. - AFP

While the amount of debt issuance is likely be modest, it will put considerable market focus on Japan's dire fiscal position - at a time the market rout caused by the outbreak is prodding investors to dump even safe-haven assets like government bonds in favour of cash.

"We need to come up with big, powerful economic and fiscal measures that meets the enormous magnitude of the hit from the coronavirus outbreak," Abe told parliament on Monday.

"Depending on the situation, we'll take measures that exceed in scale those taken after the Lehman crisis," he said.

The Bank of Japan, too, stands ready to expand stimulus for the second straight month in April if the pandemic leads to cuts in jobs and capital expenditure big enough to derail prospects of an economic recovery, sources familiar with its thinking say.

"The key would be whether Japan's economy can manage to bounce back, as the BOJ now projects, after a temporary slump caused by the coronavirus outbreak," one of the sources said on condition of anonymity due to the sensitivity of the matter.

"If further monetary steps are necessary, the BOJ is ready to act. In doing so, it will take into account the expected impact from the government's stimulus package," the source said.

The government is working on a package of measures to combat the widening economic fallout from the coronavirus that will involve direct fiscal spending exceeding 15 trillion yen (US$137bil), several government and ruling party lawmakers with direct knowledge of the issue said.

It will be roughly equivalent to the amount Japan spent to deal with the aftermath of the collapse of Lehman Brothers in 2008.

Including loans and other steps that does not include direct spending, the size of the package will exceed 30 trillion yen, the officials said.

The government will lay out details of the package once parliament passes on March 27 the state budget for the fiscal year beginning in April.

Japan's ruling Liberal Democratic Party will compile its draft stimulus package on March 30, which will serve as a basis for the government's plan.

Given the scale of the package and expected declines in tax revenues due to a slumping economy, the government is seen issuing deficit-covering bonds to fund some of the costs, the officials said.

"But additional bond issuance will definitely hamper the government's efforts to balance the budget," he said. "There are worries over how market could respond to Japan's worsening public finances."

A finance ministry official said nothing has been decided on whether additional debt will be issued.

Worldwide travel bans, event cancellations and supply chain disruptions caused by the coronavirus outbreak have added to strains on Japan's economy already on the cusp of recession. Japan has 1,102 confirmed cases of the virus, with 41 deaths. 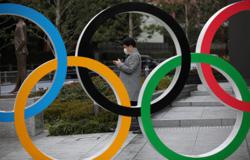