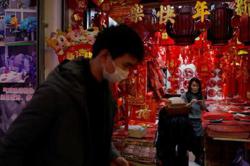 BEIJING: China has 61% of the world's self-made women entrepreneurs with fortunes of more than a billion US dollars, up 4% year on year, according to a recently released Hurun list of 100 self-made women billionaires from 16 countries.

China has far outstripped its followers including the United States in second place and the United Kingdom in third, which has 19 and six self-made female billionaires respectively, according to the list.

It also showed that nine out of the list's top 10 female moguls are from China.