BANGKOK: The Bank of Thailand cut its benchmark interest rate to a fresh record low in an emergency meeting as the coronavirus outbreak damages the country’s tourism industry and raises the risk of recession.

The central bank lowered the policy rate by 25 basis points to 0.75%, effective March 23, it said in a statement on its website late Friday. It was a unanimous decision by policy makers. That’s the second cut in as many months, after the bank moved by 25 basis points in February.

The monetary policy committee said the virus outbreak in the period ahead would be "more severe” than previously expected, adding it will take some time for the situation to return to normal.

"This would severely affect the Thai economy,” it said in the statement. "Moreover, the outbreak resulted in concerns among global financial markets, affecting liquidity and the functioning of Thai financial markets despite overall stability of the financial system.”

Thailand’s is the latest central bank in South-East Asia to ease policy after its Philippine and Indonesian peers cut their benchmark rates by 50 and 25 basis points, respectively, on Thursday, and Malaysia eased banks’ reserve requirements.

Elsewhere in the Asia Pacific, the Reserve Bank of Australia cut its benchmark rate to its lower bound and started quantitative easing.

The Thai policy committee said the reduction in borrowing costs will help borrowers impacted by the economic fallout of the virus, and alleviate liquidity strains in the financial markets.

The Bank of Thailand will "ensure sufficient liquidity, as well as the well-functioning and stability of the financial markets,” according to the statement.

The monetary policy committee was scheduled to meet on March 25, and Assistant Governor Chantavarn Sucharitakul said that will still go ahead.

Even before cases of Covid-19 began to surge, Thai officials were grappling with shrinking exports, the worst drought in four decades and a delay in implementing the 3.2-trillion-baht (US$98.1bil) annual budget.

Late Thursday, the government advised people to stay home and said foreigners traveling to Thailand must have a health certificate and medical insurance. Schools and universities, as well as many entertainment and recreation venues, closed earlier in the week. 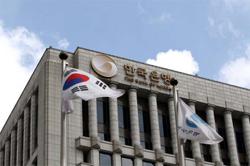