Even top politicians and celebrities fall victim to Covid-19

BEIJING: It's a crazy world they say. And the Covid-19 (coronavirus) outbreak has not spared politicians and celebrities around the world.

Canadian Prime Minister Justin Trudeau has been in self-imposed quarantine after his wife tested positive since Thursday, and questions arise over whether US President Donald Trump should be tested after meeting a Brazilian official infected with Covid-19.

Brazilian President Jair Bolsonaro said on Friday that he had tested negative, after his press secretary, Fabio Wajngarten, tested positive for the virus.

Bolsonaro and Wajngarten met and dined with Trump in Florida last week, US media reported, publishing a photo that shows Wajngarten standing shoulder to shoulder with Trump and U.S. Vice President Mike Pence at the Mar-a-Lago resort.

Trump said Friday that he is "most likely" to take a test for Covid-19, while Pence said earlier that he has not been screened for Covid-19, and that there has been "no recommendation" that he be tested.

Miami Mayor Francis Suarez, who had met the Brazilian delegation, said Friday that he had tested positive, advising anyone who shook hands with him to self-isolate for two weeks, local media reported.

Australian Home Affairs Minister Peter Dutton announced on Friday that he had tested positive as well and has been treated in a hospital in the northeastern state of Queensland.

Dutton "had woken up with a fever and a sore throat just a week after he met with (US) Attorney General William P. Barr, Ivanka Trump and senior security officials," reported The New York Times on Friday.

A delegate from the permanent mission of the Philippines to the United Nations (UN) tested positive for Covid-19, the first known case at the UN headquarters in New York, said Stephane Dujarric, spokesman for UN Secretary-General Antonio Guterres, in an e-mail to UN correspondents on Thursday.

On Thursday, World Health Organisation (WHO) Director-General Tedros Adhanom Ghebreyesus said Covid-19 is "a controllable pandemic," but warned that a shift from containment to mitigation of the disease would be wrong and dangerous.

As the virus knows no limits, more and more government officials and leaders have been infected around the world.

Iran, in which the confirmed cases of Covid-19 infection totalled 10,075 on Thursday, has been facing an alarming situation posed by the raging pandemic. Several senior officials have contracted the novel coronavirus, including First vice-president Eshaq Jahangiri and vice-president for Women and Family Affairs Masoumeh Ebtekar.

Ali Akbar Velayati, a top adviser to Iran's supreme leader, has been quarantined after showing symptoms of Covid-19, the Tasnim news agency reported.

The concerns over the coronavirus are also growing in France, as more than 2,800 cases of coronavirus infections have been confirmed as of Thursday, including French Minister of Culture Franck Riester, who has been quarantined at home.

On the other side of the English Channel, the British government announced on Thursday that the country has switched from a "containment" phase to "delay" in response to the Covid-19 outbreak, which will see more "social distancing" measures.

As of Thursday morning, 590 patients in Britain have tested positive for Covid-19, including the country's Junior Health Minister Nadine Dorries.

In Spain, the country's parliament on Thursday suspended all activities for the next 15 days after Minister of Equality Irene Montero tested positive for COVID-19 and her partner, Second Deputy Prime Minister Pablo Iglesias, was quarantined.

Hollywood is not immune to the epidemic, as Oscar winner Tom Hanks announced on Wednesday that he and his wife Rita Wilson both tested positive for Covid-19.

Hanks is the first Hollywood celebrity to publicly confirm a COVID-19 diagnosis. He has been honored with two consecutive Oscars for 1993's "Philadelphia" and 1994's "Forrest Gump." 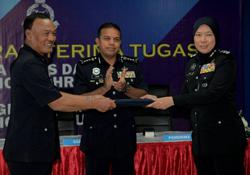 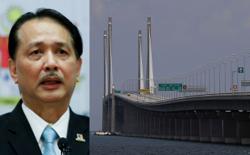 Covid-19: Yet another new cluster found, this time in Penang