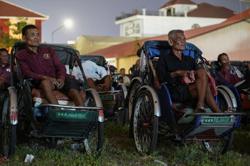 Thourn Sinan, chairman of PATWA's Cambodia chapter, said Cambodia won because of its rich heritage, public safety and friendliness of its people.

He said the award for Best Destination will help boost the country's global popularity.

"It will help market Cambodia," he was quoted as saying by the Khmer Times.

Chuk Chumno, spokesman for Cambodia's Tourism Ministry, said the award was set to be presented in Berlin but the award ceremony was postponed following the global COVID-19 outbreak, adding Cambodia's award for Best Destination still stands.

He said Cambodia won because of the ancient temples, food and culture.

"This award will help promote Cambodia to the rest of the world," he said. "We must participate in maintaining our heritage so we can win again in the coming years."

The kingdom in 2019 earned approximately 4.91 billion U.S. dollars in revenue from 6.61 million foreign visitors, up by 12.4 percent from the previous year, according to a Tourism Ministry report.

The tourism sector contributed 12.1 percent to the kingdom's gross domestic product growth and employed up to 630,000 people. 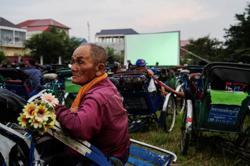