Singapore’s coronavirus transparency has lessons for the US

People looking out at the business district from Bedok Jetty at the East Coast Park, built on reclaimed land, in Singapore. There is something fascinating about reading Singapore’s government-supplied coronavirus outbreak information. The data is organised as an unfolding, public story tracing relevant details of the known cases of Covid-19 (coronavirus) diagnosed there. - Bloomberg

SINGAPORE: There is something fascinating about reading Singapore’s government-supplied coronavirus outbreak information. The data is organised as an unfolding, public story tracing relevant details of the known cases of Covid-19 (coronavirus) diagnosed there.

The website shares the age, sex and occupation of each person who has tested positive for the virus. It reveals where they travelled recently, and when they sought medical help. It explains when they were hospitalized and when they were discharged. There’s data on their local whereabouts, including whether they attended either of two large church services which appear to tie together two clusters of the disease.

In contrast, in the United States, there are disturbing revelations of online misinformation, including YouTubers advising people to drink bleach. The president has contradicted scientific consensus in offering reassurances that containment is likely and a vaccine is on the way; experts, including infectious disease expert Anthony Fauci of the NIH, say containment is unlikely and a vaccine could take more than a year to test, develop and deploy.

Now the Trump administration is trying to control the flow of information out of CDC, which is exactly backwards. The CDC or another scientific body should be vetting the statements coming out of the White House.

The freedom to get information about the disease in Singapore, of course, comes at the cost of patient privacy. The Singapore patients aren’t named, but there’s enough information their identities might be inferred - something that would be scandalous in the United States. News reports also show that in Singapore and elsewhere in Asia, some governments are coercing citizens to disclose their movements in ways that would be unacceptable in a Western democracy.

But the American approach also has drawbacks: the freedom to disseminate information has allowed speculation and conspiracy theory to drown out responsible coverage of the disease, leaving citizens scared and confused.

Some of this misinformation stems from the way scientists are exchanging information now - not through vetted, peer reviewed papers but through hastily posted data, including one paper that suggested that there were similarities between the new coronavirus and HIV. Some conspiracy theorists used that to promote the notion that the virus was bioengineered. The paper was criticized, and the rumor debunked, but scientists argue that the ability to disseminate information fast is worth the price of possible misinformation getting to the public.

The hodgepodge of information, speculation, conspiracy theory and disinformation is what Georgetown University law professor Lawrence Gostin calls an infodemic. The cure isn’t to curb freedom of information and the press, but to supply trustworthy sources.

"Where is the surgeon general?” asks Columbia University medical ethicist Art Caplan. In his view, we would benefit from a single, trusted, accountable expert whose job is to keep the public updated. Other candidates could be the NIH’s Fauci, the head of CDC or someone else with relevant expertise and some ability to explain science and its inherent uncertainty to the public.

The US could also learn from Singapore’s approach to testing for Covid-19. Singapore has been working toward widespread testing using antibodies, which linger after an infection has cleared, and can therefore give information about who has been infected. That would be an improvement over most of the tests done so far, which rely on detecting genetic material from the virus itself, and therefore can’t detect those who have harbored and later cleared an infection. Widespread testing of both current and past infections could help scientists understand the spread of the virus and predict who is most at risk.

In contrast, the United States has been slow to deploy any tests at all. It took more than a week for anyone to test a hospitalized women in California who represents the first case in the country of community spread - someone who hasn’t been to China or in close contact with anyone who has.

This week’s New York Times has suggested that we "Go Medieval” against this new scourge - using such tactics as mandatory testing, as Cuba did for HIV, or quarantine, which has been used since the days of the Black Death.

Americans are unlikely to tolerate the kinds of mass quarantines imposed in China. However, even liberty-minded Americans should be willing to sacrifice some privacy in order to help experts trace the spread of the disease; and it’s not unreasonable to ask a few people likely to have been exposed to stay home for a while. Extensive voluntary testing, surveillance and contact tracing could work -- and avoid the sacrifice of freedom required to go Medieval.

A non-coercive, cooperative fight against the virus, however, might require public trust in the government, the press and scientists. In the United States, there was once a system in which the press held government accountable and communities held newspapers accountable. Now people get much of their information from social media. The president calls reporters enemies of the people and uses Twitter to send out misleading notions about vaccines and climate science. 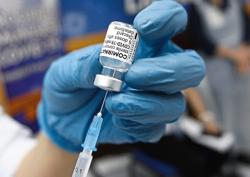 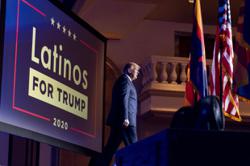