The Grand Hyatt Singapore is disinfecting its public areas and rooms after two business travellers linked to a conference at the hotel tested positive for the coronavirus.- ST/ANN

SINGAPORE (The Straits Times/ANN): The Grand Hyatt Singapore is disinfecting its public areas and rooms after two business travellers linked to a conference at the hotel tested positive for the coronavirus.

Parveen Kumar, the hotel's manager, told The Straits Times on Tuesday (Feb 4) night that Singapore's Ministry of Health (MOH) had informed the hotel earlier in the day that a guest had been diagnosed with the virus more than a week after returning to Malaysia.

Malaysian health authorities on Tuesday confirmed the first citizen to be infected with the coronavirus, bringing the total number of confirmed cases in the country to 10.

The virus was first reported in the central Chinese city of Wuhan.

The Malaysian man had travelled to Singapore for a meeting from Jan 16 to 23 that involved Chinese nationals, said MOH. It said that the meeting had taken place at the Grand Hyatt Hotel, and that it was working to identify individuals who had close contact with the man.

"The guest experienced symptoms following his return home and was subsequently diagnosed by local authorities in Malaysia," said Kumar.

MOH did not provide the hotel with details on how, where and when the man was infected, he said, and investigations were continuing.

The hotel is meanwhile taking measures such as disinfecting public areas, restaurants, meeting spaces and rooms to ensure the health and safety of its guests and employees, he said.

"The hotel had implemented precautionary measures and operational protocols in early January in response to growing coronavirus concerns and cases in the region," said Kumar.

South Korea's Yonhap news agency, quoting the Korea Centers for Disease Control and Prevention, said on Wednesday (Feb 5) that one of the country's two new confirmed cases included a 38-year-old South Korean man who had visited Singapore for work and came into contact with a Malaysian who tested positive for the virus.

The South Korean man, who became the 17th case reported in the country, had attended a week-long conference in Singapore from Jan 18.

He had a meal with the Malaysian man as well as several other South Koreans during the conference, Reuters reported, citing South Korea's Joongang Ilbo newspaper.

The South Korean man visited a clinic on Tuesday after he was informed that a Malaysian who attended the same conference was infected. He tested positive for the virus the next day, said South Korean health authorities. They added that they had informed their Singapore counterparts.

The Grand Hyatt Singapore said it had not yet been informed by MOH of any other confirmed or suspected cases among its guests or employees. It said it was closely monitoring ongoing developments, but did not respond to queries on details about the conference and how many others were present. 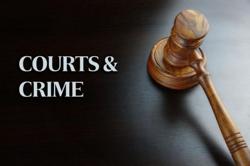