Chinese President Xi Jinping called the pneumonia-like virus that has ravaged the city of Wuhan a “demon” that must be defeated, but some of the world’s leading infectious disease experts cannot agree on how long it will take to bring it under control.

One of China’s top experts said the Wuhan coronavirus infection rate could peak in early February.

“I estimate that it will reach its peak in around the next week or 10 days, after that there will be no more major increases,” said Zhong Nanshan, the respiratory disease scientist who played the pivotal role in China’s fight against the severe acute respiratory syndrome (Sars) coronavirus epidemic in 2002-03.

He is also leading a team of experts to tackle the present outbreak and made the comments in an interview with state news agency Xinhua on Tuesday. 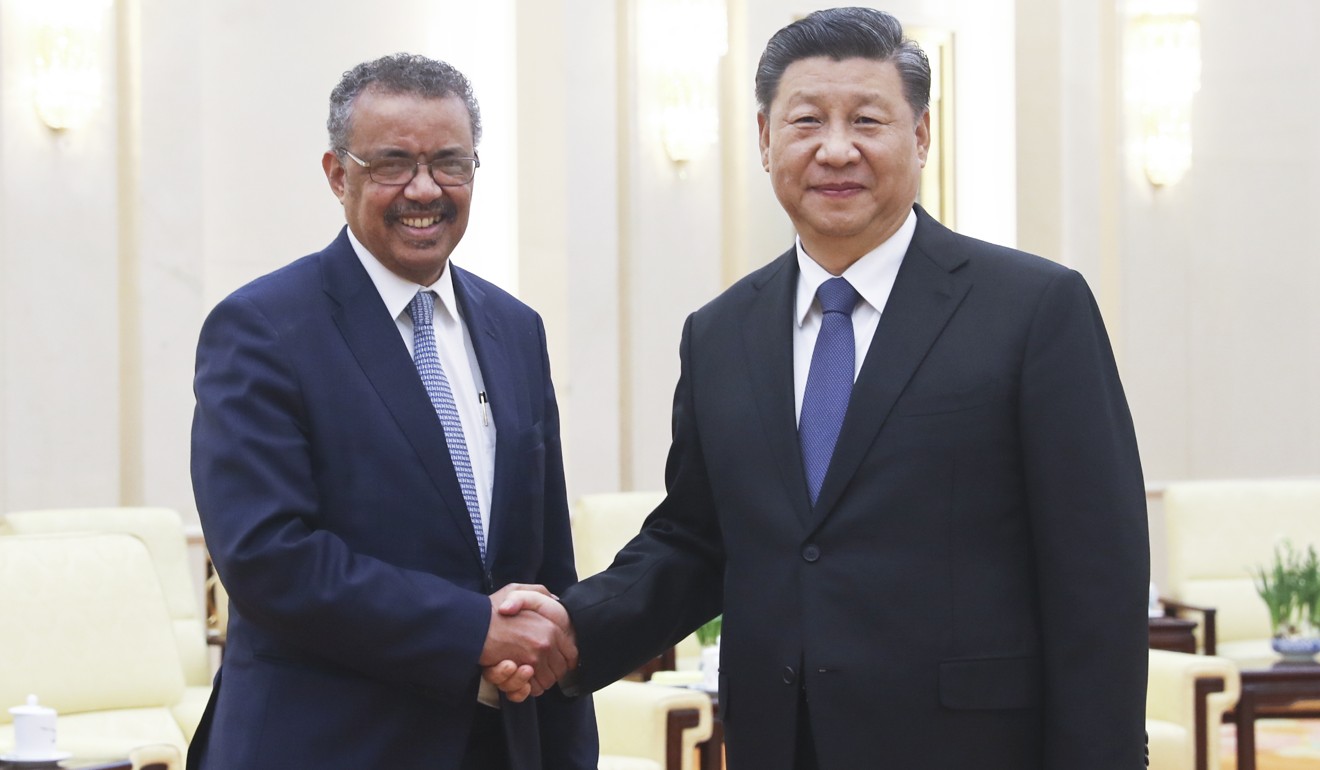 A total of 5,974 people are now confirmed to have contracted the current infection in mainland China, the health authorities said on Wednesday. That means the Wuhan-centered outbreak has now surpassed Sars, which infected 5,327 people in the mainland. Sars then went on to kill 774 people worldwide, according to the World Health Organisation (WHO).

The death toll from the Wuhan coronavirus has risen to 132 in China, the authorities said, with infections confirmed in 12 other countries. No deaths have so far been reported from the virus outside of China.

Beijing has imposed travel restrictions across the country, and as many as 14 city-wide lockdowns affecting tens of millions of people are in place to try to curb the spread of the virus.

Are Hong Kong’s coronavirus measures too little, too late?

While stating that it is very difficult to make predictions about the infection peak for the new virus, Zhong said China’s efforts in early detection and early isolation were the right measures. “After doing these two things, we have enough confidence to prevent another peak,” he said.

“Sars lasted for almost five or six months, but I don’t believe that the new coronavirus will be able to continue for that long,” said Zhong, now the director of the State Key Laboratory of Respiratory Disease in China.

Gabriel Leung, dean of Hong Kong University’s medical school, is in sharp disagreement on the potential infection rate for the Wuhan virus.

Leung is leading a team of experts using mathematical modelling to predict the spread based on available worldwide data. He said on Monday that his team’s research showed self-sustaining human-to-human transmission was already happening in all major mainland cities and warned that a pandemic might be close.

“We have to be prepared, that this particular epidemic may be about to become a global epidemic,” he said.

The outbreak was expected to peak in April or May in five major Chinese cities – Beijing, Shanghai, Chongqing, Shenzhen and Guangzhou – before the number of infections could begin to gradually decline in June or July, Leung said.

As many as 44,000 people could be infected in Wuhan alone, with only 25,000 likely to be showing symptoms at this time, said Leung, citing the team’s research.

He urged the Hong Kong government to take “substantial and draconian measures” to limit population mobility.

A growing number of countries and territories have denied entry to travellers from central Hubei province, where Wuhan is located. Hong Kong announced on Tuesday that it would suspend new visas for individual mainland tourists from Thursday, accounting for half of all cross-border visitors to the city.

However, the infection rate estimate by Zhong was echoed by Gao Fu, the director of the Chinese Centre for Disease Control and Prevention. He said he was “optimistic” that the outbreak’s “turning point” could arrive by February 8 if current disease control protocol is maintained. “If we stick to the current measures, we should see a turning point in the near future. Everyone predicts that the situation can improve by the time of the Lantern Festival [on February 8],” said Gao in an interview with state broadcaster CCTV on Tuesday.

“I am personally optimistic, and I believe that [it will improve] earlier than this, but everyone must stick to the prevention and control measures.”

Gao added that he believed the current measures were working, as the number of suspected cases was decreasing.

At a meeting in Beijing with WHO director general Tedros Adhanom Ghebreyesus on Tuesday, Xi pledged transparency on how China was dealing the virus. He said China was confident of containing the crisis and that “we cannot let this demon hide”, according to state media.

British Airways suspends all flights to China over coronavirus

China’s lockdown of major cities – Wuhan has a population of 11 million – is an attempt to try and trap the virus in those locations and prevent it spreading and infecting other people. While international experts agree this is the basic method of containing it, some will not be drawn on where the infection rate may go from here.

“Whether transmission continues at the same rate now critically depends on the effectiveness of the intense control effort now under way in Wuhan and across China,” according to a report by scientists at Imperial College London’s MRC Centre for Global Infectious Disease Analysis published on Saturday.

If transmission rates fall over the next few weeks, especially in Wuhan, it would indicate that control measures are having an effect, according to the report. 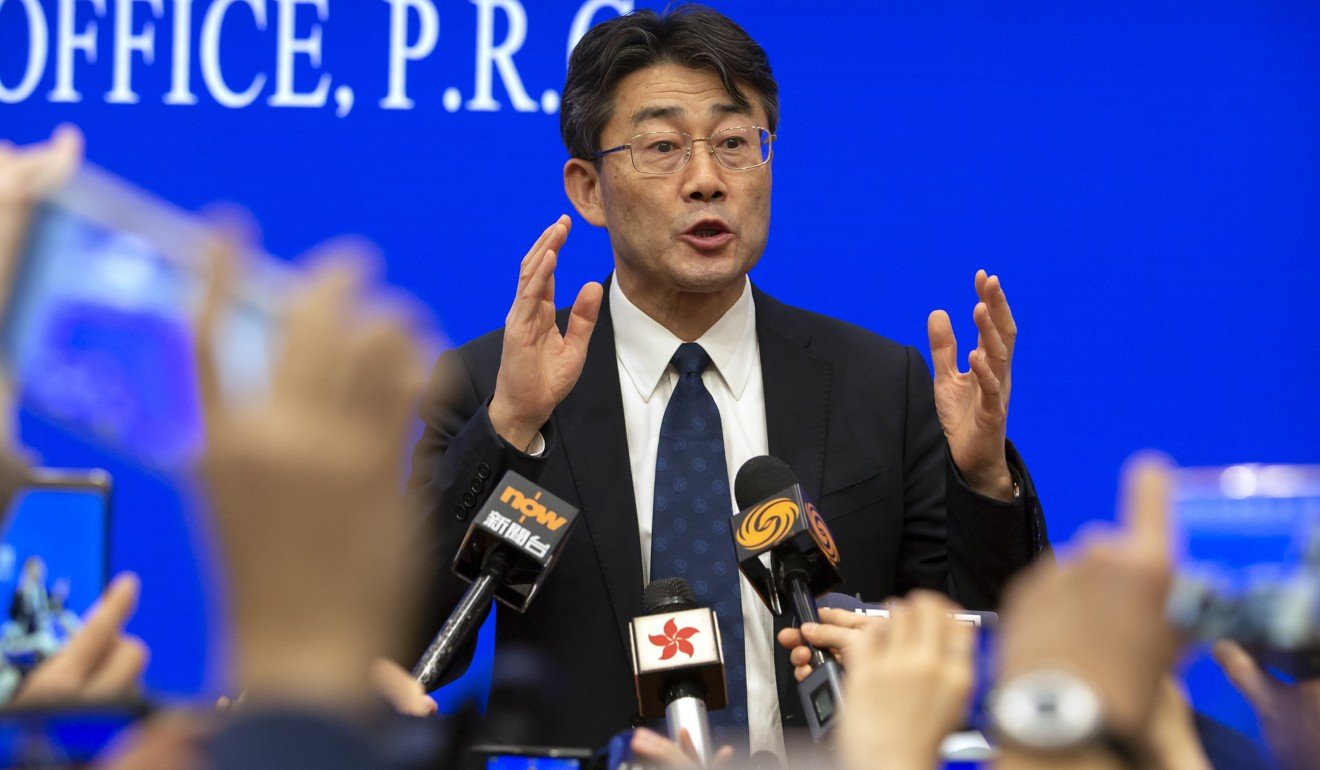 “No-one can predict with any accuracy how long it might take for this epidemic to peak,” said John Edmunds, a professor at the London School of Hygiene and Tropical Medicine who specialises in infectious disease modelling.

“However, I would hazard a guess that the probability that the epidemic will peak in seven-to-10 days is extremely low. April or May would seem much more probable.”

When W. Ian Lipkin, professor of epidemiology at Columbia University, was asked to comment on the conflicting views about when the Wuhan virus infections may peak, he answered in an email: “I don’t have a crystal ball.”