HAKONE (ANN): A Japanese confectionery shop in the popular hot spring town of Hakone has incurred the wrath of the Chinese for putting up a sign containing offensive content to ban Chinese tourists amid a global virus outbreak originating from China.

The owner of the shop in an onsen resort in the popular Yumoto district in the Kanagawa prefecture told reporters he had put up the sign last week on Jan 17, one day after Japan announced its first case of infection of the novel coronavirus, 2019-nCoV, in Kanagawa.

"Ill-mannered Chinese tourists have caused trouble in my store," the man, who was not identified, was quoted as saying by the Asahi Shimbun news site.

"I want to protect myself against the coronavirus. I don't want Chinese tourists to enter."

The incoherently worded, grammatically incorrect sign written in Chinese with the heading "No Chinese allowed in the shop" was displayed on the storefront and bore offensive words like "absurd ethnic group" and "makes one feel annoyed".

The sign appears to also urge the Chinese not to go to Hakone and the rest of Japan in view of the virus outbreak.

The store owner said the sign was written with the help of a translation app and told reporters he will rewrite it to avoid using expressions that may generate controversy. The ban, however, will stay.

On the Chinese Twitter-like platform Weibo, netizens are calling for a boycott of the store.

"Although the translated text doesn't make sense, one can feel the strong malice," said one Weibo user Dong Dong Dong Ying Jiang who also posted a photo of the shop. "Remember this trash shop and never go there."

Some users however also pointed out that some shops in China also carry signs that say no entry for the Japanese and dogs.

The 2019-nCoV virus emerged in central China's city of Wuhan in December last year and has since infected over 400 people and killed nine in mainland China alone, according to official figures released on Wednesday morning (Jan 22). Another nine confirmed cases has been reported outside mainland China, including in the United States and South Korea. – The Straits Times/Asia News Network 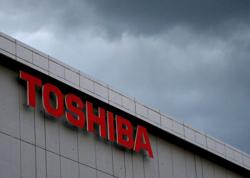