Beijing: Asian countries ramped up measures to block the spread of a new virus as the death toll in China rose to six and the number of cases jumped to almost 300, raising concerns in the middle of a major holiday travel rush.

From Australia to Thailand and as far as Nepal, nations stepped up fever checks of passengers at airports to detect the SARS-like coronavirus, which first emerged in the central Chinese city of Wuhan.

Fears of a bigger outbreak rose after a prominent expert from China’s National Health Commission confirmed late on Monday that the virus can be passed between people.

Authorities previously said there was no obvious evidence of person-to-person transmission and animals were suspected to be the source, as a seafood market where live animals were sold in Wuhan was identified as the centre of the outbreak.

The confirmation of human transmission comes as hundreds of millions of people are criss-crossing China in packed buses, trains and planes this week to celebrate the Lunar New Year with relatives.

Almost 80 new cases have been confirmed, bringing the total number of people hit by the virus in China to 291, with the vast majority in Hubei, the province where Wuhan lies, and others in Beijing, Shanghai and Guangdong, according the National Health Commission.

State media said one case was found in Zhejiang province. 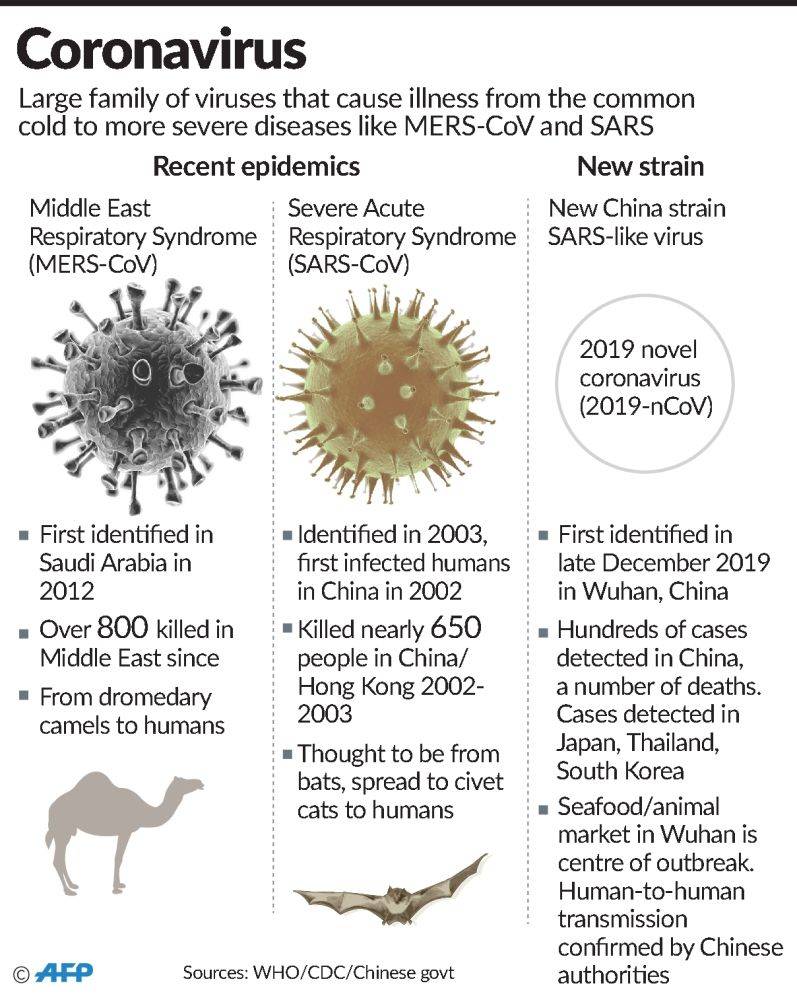 China said it would attend a special World Health Organisation meeting today which will determine whether to declare a rare global public health emergency over the disease, which was detected in Thailand, Japan and South Korea among four people who had visited Wuhan.

The coronavirus has caused alarm because of its genetic similarities to Severe Acute Respiratory Syndrome (SARS), which killed nearly 650 people across mainland China and Hong Kong in 2002-2003.

At four airports in Thailand, authorities introduced mandatory thermal scans of passengers arriving from high-risk areas of China. Anyone exhibiting signs of fever will be quarantined for 24 hours for monitoring.

Around 1,300 passengers are expected each day in Thailand from Wuhan over Chinese New Year, which starts on Friday.

In Hong Kong, where memories of SARS still haunt the city, authorities said they were on “extreme high alert”, with passengers from Wuhan required to fill out health declarations and face possible jail time if they do not declare symptoms.

“We are ... preparing for the worst. We have not lowered our guard,” Hong Kong’s number two leader, Chief Secretary Matthew Cheung, told reporters.

Taiwan went onto its second-highest alert level for those travelling to and from Wuhan, advising visitors to avoid visiting any live poultry markets while screening has been stepped up at airports. — AFP