Chinese president lauds Laos for sticking to its path of socialism 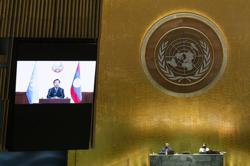 In talks with Lao Prime Minister Thongloun Sisoulith in Beijing, Xi said the two countries should stand closely together, like passengers in the same boat, and jointly safeguard the common interests not only of both sides but of all developing countries.

Communist leadership and the socialist system is ingrained in the political character of both sides, and the tradition of high-level exchanges must be maintained, Xi said.

He urged both sides to step up exchanges on governance to jointly improve the level and capacity of governance and safeguard their political security.

China will continue to offer firm support to Laos in its efforts to guard its national sovereignty, independence and dignity, he said, adding that the two countries should move forward to build a community with a joint future.

He appealed to both sides to align their development strategies, accelerate the development of the China-Laos Economic Corridor and make concrete progress in cooperation in major programmes, such as railways and economic parks.

Thongloun, whose official visit to China started on Sunday, said Laos will actively push forward important programmes of the Belt and Road Initiative, such as the China-Laos Railway, and ensure that it's completed on schedule. The railway will play an important role in the economic growth of Laos and improve people's livelihoods, he said.

China's efforts to improve socialism with Chinese characteristics, as well as to modernise its system of governance, are worth learning from and drawing on for Laos, and they will encourage Laos to stick to the socialist path, he added.

Premier Li Keqiang said in his meeting with Thongloun that China welcomes the inflow of more high-quality agricultural products from Laos to the Chinese market, and the two sides should deepen cooperation in the financial and agricultural sectors.

The leader witnessed the signing of a number of cooperative agreements, including a currency swap agreement between the two central banks.

Luo Zhaohui, vice-minister of foreign affairs, said in a news briefing on Monday that there is much to look forward to in relations between China and Laos this year.

"Under the framework of the Belt and Road Initiative, the bilateral strategic alignment has enabled important progress in transforming Laos from being landlocked to being easily accessed via land routes. The China-Laos Railway has seen especially good progress," he said. - China Daily/Asia News Network 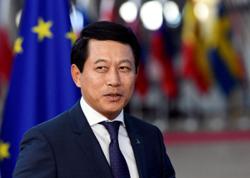