PHNOM PENH: The death toll from the collapse of a building under construction in Cambodia has surged to 36, even as an additional survivor was pulled from the rubble, officials said.

At least a dozen bodies were found in overnight operations at the site in the coastal province of Kep, where the building toppled on Friday.

A statement from Kep provincial authorities yesterday said that at least 13 women and six children were among the dead.

Women are often employed as construction workers in Cambodia and neighbouring Thailand, and families of workers also often live at the construction sites.

At a news conference at the site, Hun Sen said the couple who owned the building and hired the construction crew had been detained and sent to court to face charges. He did not specify the charges. A committee was being set up to determine the cause of the collapse.

Hun Sen said that according to preliminary findings, the building collapsed because the construction work failed to adhere to safety standards.

He said that plywood that is normally put underneath the concrete separating each floor is supposed to remain in place for about one month to allow proper setting, but instead was removed after roughly 10 days. He also indicated that the rebar – the steel rods assembled in a mesh to reinforce the concrete – were not of a strong enough gauge.

A senior provincial police officer had said on Friday that the accident occurred after concrete had been poured on the top level of the building.

Hun Sen called the incident a tragedy, but added that building collapses take place all over the world, including the United States,

“This is a grievous event for our nation, that it met with this unfortunate incident, ” Hun Sen said.

The survivor found yesterday morning was a young woman pulled from the rubble by members of Rapid Rescue Company 711, a military unit that is the country’s elite specialized emergency rescue team. “RRC 711”, as it is generally known, is attached to Hun Sen’s military bodyguard unit.

Hun Sen posted a video of the rescue on his Facebook page. He traveled to the site on Friday “to lead the rescue team”, he announced on Facebook. He also visited the provincial hospital where the injured were being treated.

Last June, a seven-storey building collapsed in Sihanoukville, another coastal area in Cambodia, leaving at least 28 people dead and 26 injured.

Such accidents underline concerns about the area’s rapid development to cater to a booming tourism industry and inattention to safety. — AP 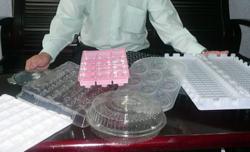