Cho Won-tae, the chairman of Korean Air and brother of the woman behind the infamous “nut rage” scandal, has apologised this week for getting into a fight with his mother on Christmas Day.

According to local reports, Cho, 43, visited his mother, Lee Myung-hee, to celebrate the festive season at her house, where he also discussed the future of the family business.

During the conversation, he reportedly blew up and went on a rampage, leaving his mother with cuts on her arm. Cho was believed to have wielded a wall fireplace poker, shattering a vase that sent shards flying.

Newspapers published a picture of broken vase shards on the floor, and another picture showing cut wounds on a woman’s arm, with blood spots splattered on the floor.

The images were leaked to the press after Lee emailed them to company officials to ask them to protect her.

“We are deeply sorry for causing concerns to many people over an unpleasant incident on Christmas Day,” Cho said in a statement jointly released with his mother on Monday. “We sincerely apologise for causing trouble at Lee’s house last Christmas.”

Cho said he had told his mother he was sorry and she had accepted his apology. 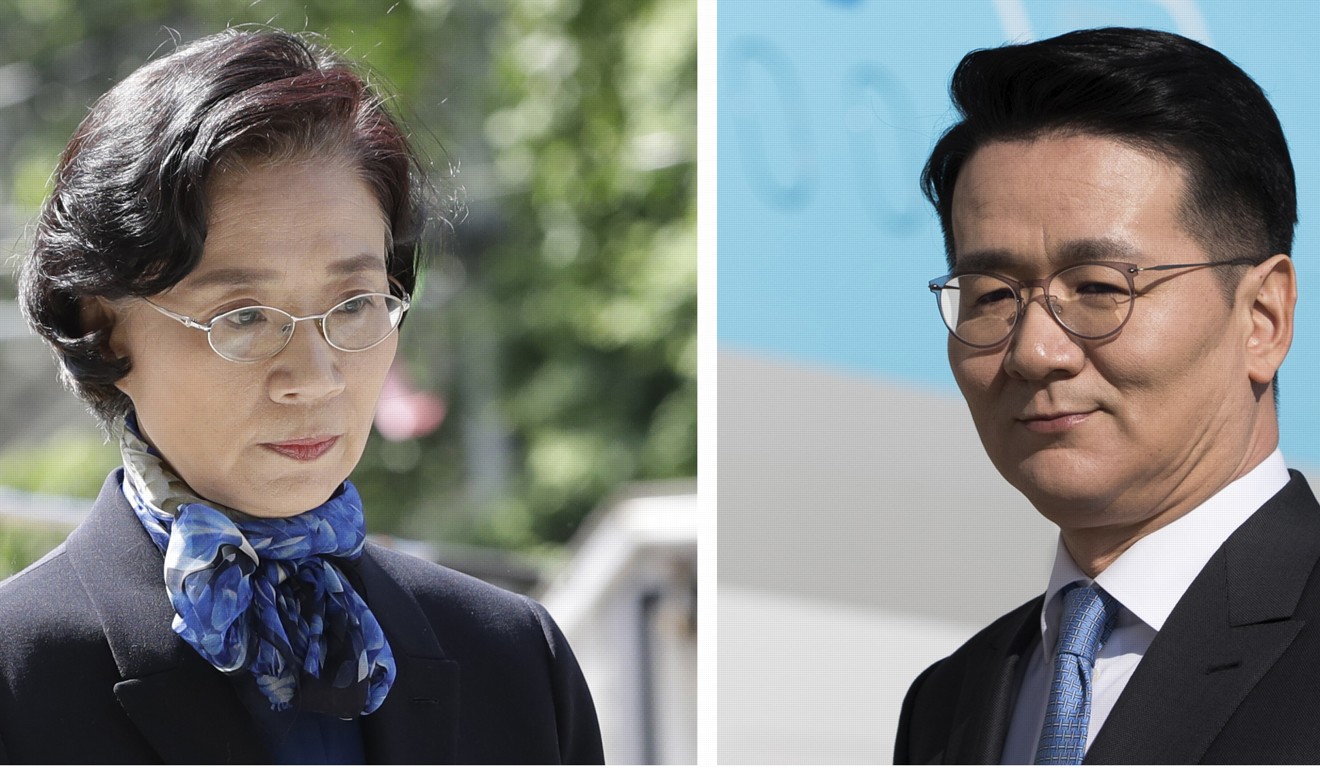 The family would abide by the last wishes of Cho’s father, the late group chairman Cho Yang-Ho, to maintain family unity and cooperate in managing the business conglomerate, Cho said in the statement.

Cho was appointed as chairman of Hanjin Group’s holding company, Hanjin KAL, after his father, who had been facing trial for allegedly embezzling 19.6 billion won (US$17 million), died from a chronic disease in April. 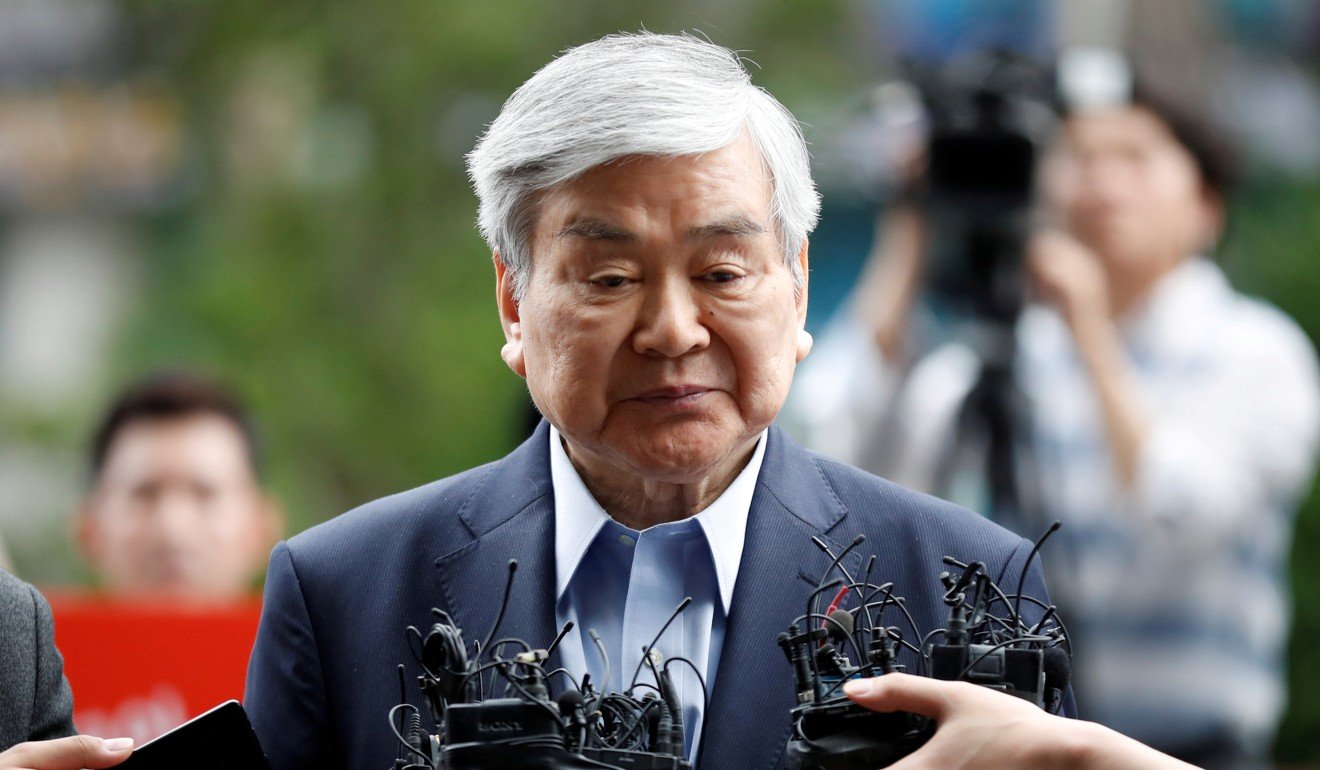 In the feud, Cho accused his mother of siding with his sister, “nut rage heiress” Cho Hyun-ah, who has criticised him for sidelining his two sisters in managing the family business, against their late father’s instructions. She last week filed a complaint through a law firm against her brother.

If Cho Hyun-ah bands together with her mother, the pair’s combined stake in Hanjin KAL would rise to 11.8 per cent.

Her brother Cho, who holds a 6.52 per cent stake, is seeking to be re-elected as head of Hanjin Group at the general shareholders’ meeting in March 2020. 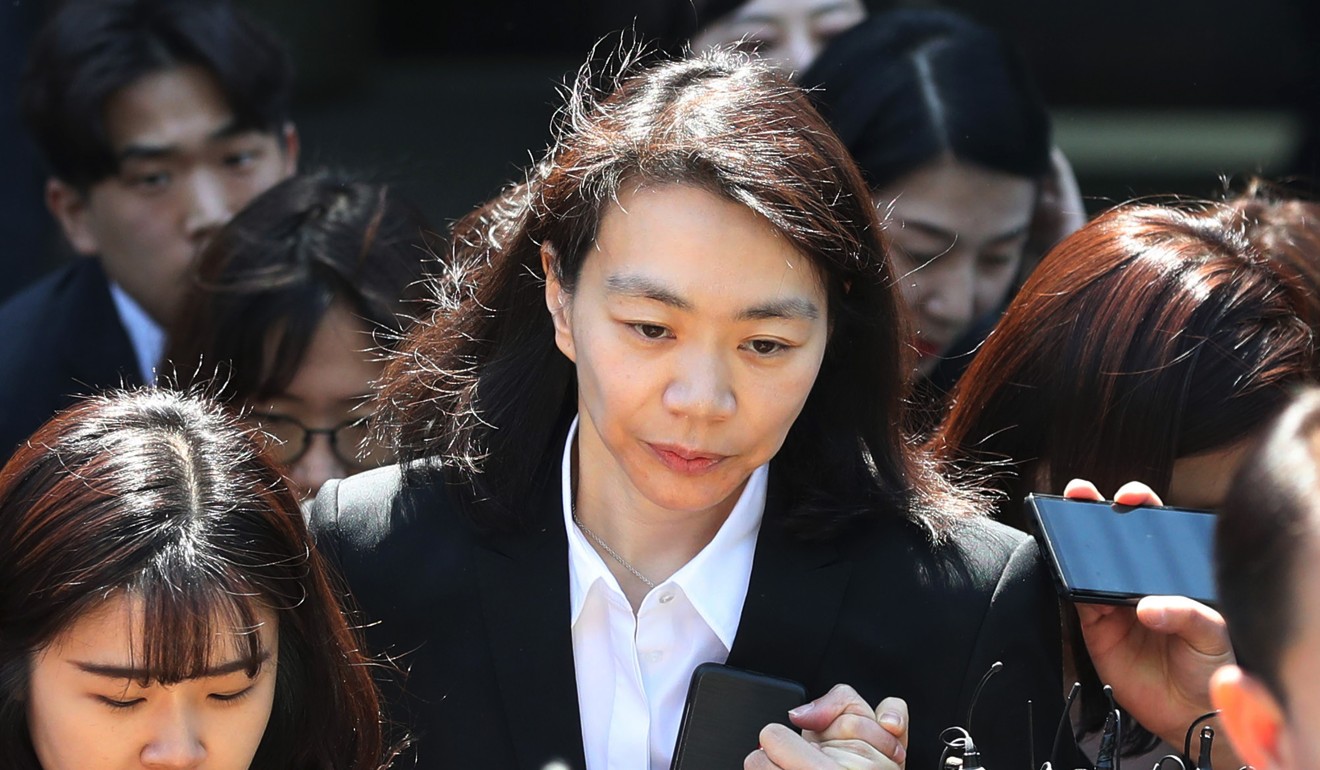 Chung Sun-Sup, an expert on South Korea’s family conglomerates, known as chaebol, said bitter feuds among the powerful families are far from rare.

Some of South Korea’s biggest chaebol, including Samsung, Hyundai and Lotte Group, have been engaged in disputes over management and property rights.

“Chaebol families consider companies as their own private businesses ... If you fail to secure management rights, you can hardly have your voice heard as shareholders there,” he said. “That is why chaebol family members fight each other so fiercely.”

The Cho family and their mother have made several headlines over the years.

Cho Hyun-ah in 2014 stepped down from her role in Korean Air after she threw a fit during a flight where she was served macadamia nuts in a packet instead of in a bowl, and forced the plane to turn back to kick out a flight attendant.

Another sister, Cho Hyun-min, also resigned as a Korean Air executive in 2018 after she created a stir by allegedly throwing water from a cup in the face of a business associate during a meeting, in an incident dubbed as “juice rage”.

Lee, the family matriarch, has also reportedly waged physical and verbal abuse against her employees.

This year in May, Lee was in court with Cho Hyun-ah on charges of illegally hiring housekeepers from the Philippines, for which Lee received a suspended jail sentence.