BANDA ACEH: Thousands of people knelt in prayer in Indonesia’s Aceh province at ceremonies marking the 15th anniversary of the Indian Ocean tsunami, one of modern history’s worst natural disasters.

The massive Dec 26,2004, tsunami was triggered by a magnitude 9.1 earthquake off Sumatra island. The giant wall of water killed about 230,000 people in a dozen countries as far away as East Africa.

Indonesia’s Aceh province, which was closest to the earthquake, was hit first and hardest.

More than 170,000 people died in Indonesia alone, about three-quarters of the overall death toll. 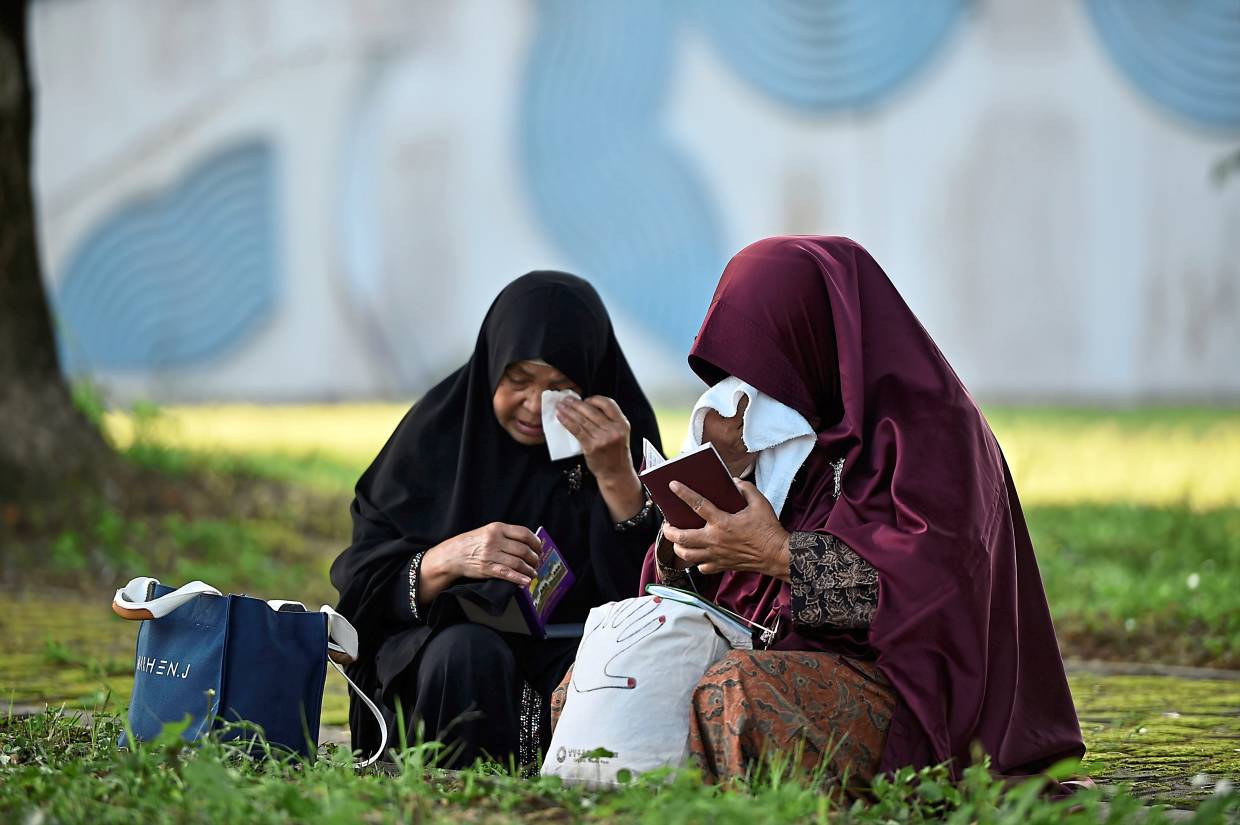 In loving memory: Tsunami survivor Nurhayati (right) praying for loved ones lost in the disaster at a cemetery containing mass graves in Siron, Aceh. — AFP

“No words can describe our feelings when we tearfully saw thousands of corpses lying on this ground 15 years ago, ” acting Aceh Gov Nova Iriansyah said at a ceremony in Sigli, a town in Pidie district, “And now, we can see how people in Aceh were able to overcome suffering and rise again, thanks to assistance from all Indonesians and from people all over the world.”Weeping survivors and others attended religious services and memorial ceremonies. Relatives of the dead and religious and community leaders presented flowers at mass graves of victims in the provincial capital, Banda Aceh.

In Thailand, hundreds of people attended a tsunami memorial ceremony at Ban Nam Khem, a small fishing village that lost about half of its population of 5,000 when the waves rolled in.

More than 8,000 people in Thailand died or went missing in the disaster, and the bodies of almost 400 victims remain unidentified and unclaimed.

Western visitors and local residents attended the service at the Ban Nam Khem Tsunami Memorial Park in Phang Nga province, where they viewed a photo display of victims. A Thai woman handed over an offering of food for Buddhist monks presiding over the proceedings. — AP