SINGAPORE: At first glance, the works of Singaporean artist Qixuan Lim have a familiar, edible appearance.

But upon a closer look at the sardine tin – and it’s packed with tiny human hearts made of clay, cherubic arms and legs or other human body parts.

“I think my art has always been about that combination of things that people find sort of traditionally, typically cute, but having a darker twist and a darker element to it,” says Lim, who is known by her social media accounts and by her fans as QimmyShimmy.

“There are still a lot of aesthetics and ideas of beauty that are tied onto our perceptions of what is beauty.”

The 28-year old studied in the Netherlands is now a full-time information designer.

She first showed her works in 2017, while still a student.

Since then, her Instagram account, where she posts pictures of her art, has attracted a following of more than 100,000. 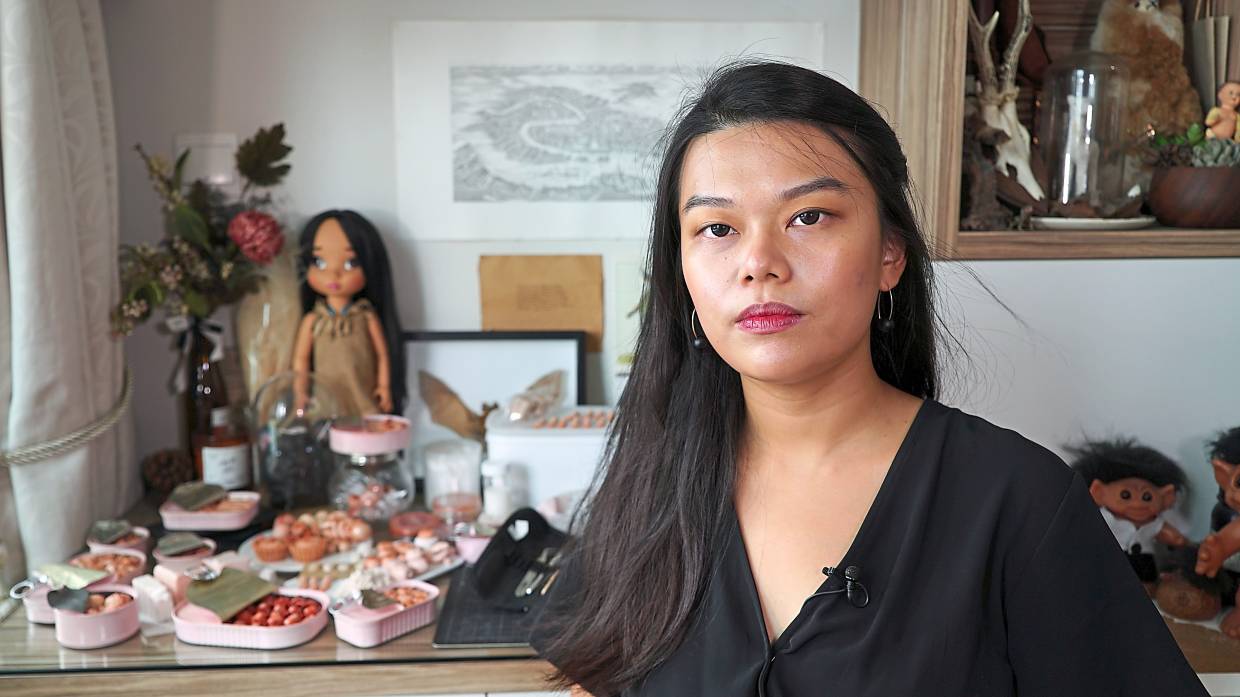 A taste for the macabre: Lim next to cans containing tiny cherubic foetus heads, arms, legs and other human body parts.

Now back in Singapore, Lim describes herself as a part-time artist.

She has no studio but creates most of her works in her bedroom.

She uses the oven in the kitchen as a kiln.

Despite her modest production facilities, her macabre works are continuing to attract fans and she recently exhibited her creations at a gallery in Japan, where “creepy-cute” is a trend in pop culture.

“It gives us new perspective which is different from what we see usually.”

The exhibition in Tokyo, called Modern Panic, featured a series of sushi rolls filled with baby heads and nigiri topped with eyeballs and brains. — Reuters