JAKARTA: President Joko “Jokowi” Widodo has revealed that he has dreams for the new capital bigger than Dubai in the United Arab Emirates (UAE), he wants the soon-to-be developed city in East Kalimantan to be “the best on earth”.While Dubai has sets its sights on becoming the world’s happiest city through technological innovations by 2021, Jokowi said he envisioned the future capital of Indonesia being more than that.

“We have to dream big. While Dubai (wants to be) the happiest city on earth, our new capital city will be the best on earth, the cleanest city, the most innovative city, ” Jokowi said on Wednesday.

Speaking during the opening ceremony of the 2019 Indonesian Construction Expo, the President asserted that the new capital would not only serve as the country’s administrative hub, but it would be a smart metropolis that supported the growth of innovation and green industries.

It will provide the residents of the city with the best services, environment and opportunities that can boost their quality of life, ranging from world-class educational institutions and modern hospitals to high-tech centres similar to Silicon Valley, he said.

“Google Global Talent will be set up (in the new capital). Our diaspora will return home and attract more world-class talent to live there, ” Jokowi said.

However, the President asserted that in line with the government’s focus on developing human capital, officials and the public in general should change their mindset and work culture so as to be able to adapt to new cutting-edge systems in the planned metropolis.

“Once again, we are not only going to move (to the new capital), but we are also moving to a new system, ” Jokowi added.

Citing environmental reasons and overcrowding in Jakarta, Jokowi’s administration announced in August that it would build a new capital on a 180,000ha site straddling North Penajam Paser and Kutai Kertanegara regencies in East Kalimantan.

The government is currently finalising a master plan for the new capital city, with a target of starting the development which is projected to cost up to 466 trillion rupiah (RM135bil) by the end of next year. — The Jakarta Post/ANN 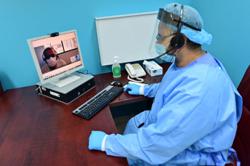 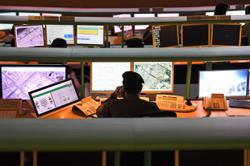