Tuas Port to be automated Big future: The Tuas Port site in the south-western corner of Singapore is about twice the size of Ang Mo Kio, a residential town in the island’s north-east. — The Straits Times/ ANN

SINGAPORE: The new Tuas Port will use automated technology to carry out its key operations as Singapore sets out to reinvigorate and re-imagine the maritime industry.

Prime Minister Lee Hsien Loong said during the ground-breaking ceremony for the new terminal yesterday that the move to Tuas goes beyond just having a larger terminal.

“Tuas Port is also an opportunity to peer over the horizon and rethink the future of shipping.

Because the port will be on a completely greenfield site, we can design from a clean slate and make innovation and sustainability key features.”

He said that while building the new mega port and its ecosystem is an immense undertaking, it can be achieved if “we have the same daring and ambition as our pioneer generation of port planners and engineers”.

PSA needs to draw the best minds to maintain its dynamism and to match its competitors who are also investing in automation and expanding rapidly, he added.

“I hope younger Singaporeans will seriously consider careers at PSA, MPA (Maritime and Port Authority), or one of the other companies in our maritime ecosystem,” said Lee.

“You have the opportunity to write the next chapter of Singapore’s maritime history, and fill it with your hopes and dreams.”

Besides just handling containers, the port will have space set aside for companies to be located, a move that could improve the links between port and businesses.

Lee added that there are long-term plans to improve the transport connectivity in the area, but that these would “take some time”.

“Meanwhile, I want to assure all PSA staff that the government is working closely with PSA and the unions to make sure that you can get to work comfortably and conveniently,” he said.

According to the MPA, the maritime industry contributes about 7% of Singapore’s gross domestic product, and employs about 170,000 people.

Lee said PSA makes “a much wider contribution to the economy than most other companies”, and reminded it of the need to pursue both short-term and long-term viability and competitiveness.

The Tuas Port is being developed in four phases, with construction work on the second phase having begun in July this year.

Its first berths are scheduled to start operating in 2021.

PSA’s three city terminals at Tanjong Pagar, Keppel and Brani will move by 2027.

By 2040, Pasir Panjang Terminal will be consolidated at the mega port too.

With 26km of deep water berths that can handle 65 million 20ft equivalent units annually, the mega port will be able to cater to the demands of the world’s largest container ships.

Lee noted that the capacity of container ships had increased over the years, and Tuas Port will be able to accommodate them, along with even bigger ones yet to be built.

The first container ship to dock in Singapore, the MV Nihon, could carry around 2,000 containers. 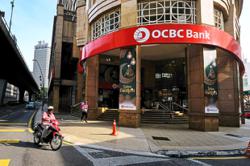