Hong Kong’s embattled MTR Corporation exposed passengers to danger and risked damaging the city’s economy with its unprecedented service cuts up to 1½ hours ahead of protests, says a commuter group.

The rail giant came under fire for stopping services or closing stations on the Kwun Tong, Tsuen Wan and West Rail lines because of anti-government demonstrations staged over the weekend.

Critics warned that besides inconveniencing commuters, the move would stir up further political unrest if it became the norm for MTR Corp to suppress protests, as some suggested the company was doing.

But others defended the railway operator, with ministers saying the decision was made with government and police to protect staff and passengers from harm. 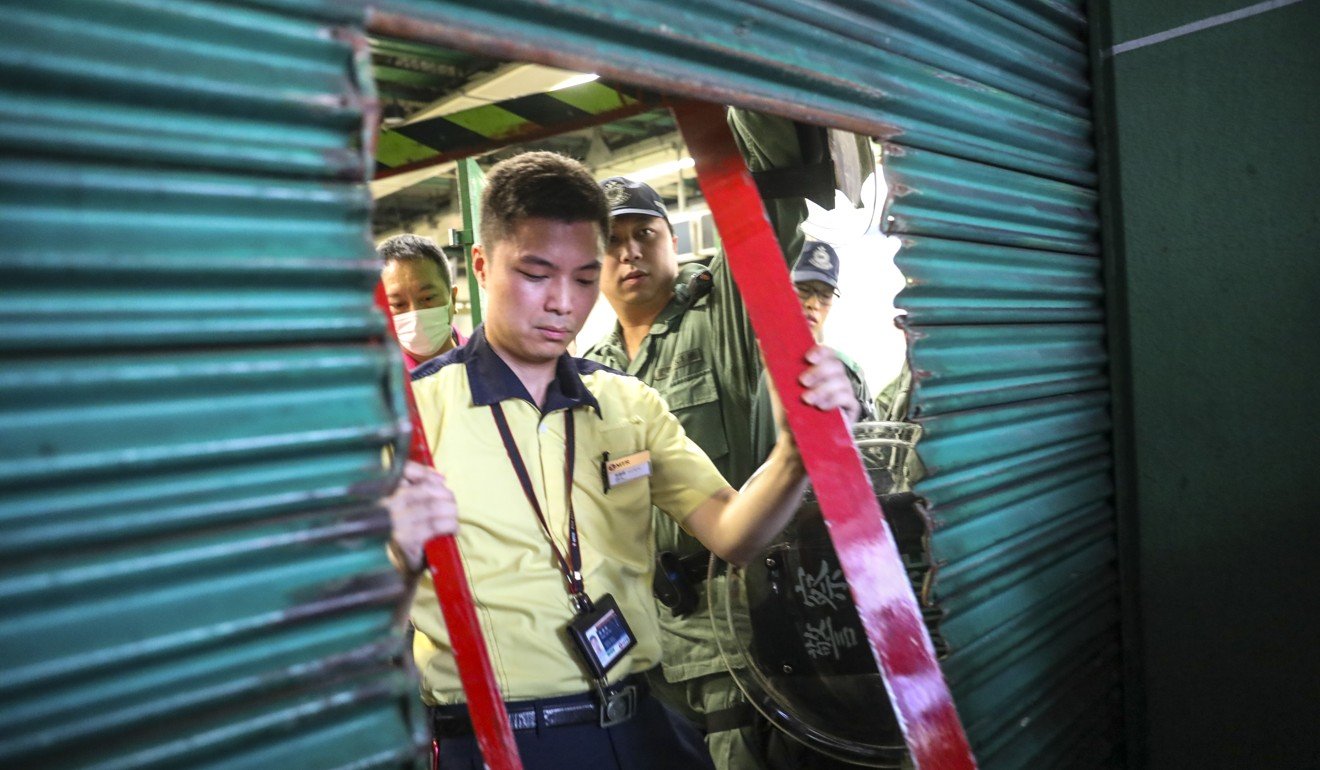 “This move would embroil innocent passengers who just want to have a train service,” he said.

“Now because of station closures, they were forced to walk on the streets and risk being beaten up or exposed to tear gas fired by police, as they might be mistaken for anti-government protesters.”

On Saturday at about 10.30am, the rail firm announced its decision to suspend trains running between Choi Hung and Tiu Keng Leng stations, and close stations between Kowloon Bay and Lam Tin, from noon until further notice to ensure the “safety of passengers and staff”, before an approved march from 1.30pm in Kwun Tong.

On Sunday at 11.30am, it closed Kwai Fong, Tsuen Wan and Tsuen Wan West stations from 1.30pm onwards because of a protest starting at 3pm in the district.

The service suspensions came a day after the rail giant obtained an injunction to restrain people from unlawfully and wilfully obstructing or interfering with the proper use of stations and trains.

It also said train services might be stopped and stations closed immediately with little or no notice if fights, vandalism or other acts of violence broke out, as well as in other high-risk or emergency situations.

The MTR Corp apparently bowed to Beijing pressure to take a tougher line on protesters after mainland Chinese state media warned the firm against any attempt to facilitate “rioters”, saying the operator ran the risk of “derailing and slipping into the abyss” if it did so.

Branding the MTR Corp “irresponsible”, Cheng said as a key public transport provider it had a duty to provide services in all manner of scenarios unless there was an immediate safety concern.

“I can accept the MTR had to close one station out of safety concerns. But we are talking about four stations in a row. How can you ask the passengers to find other means of transport? Even under typhoon signal No 8, it would still cater for our commuting needs,” Cheng said.

“What is totally unacceptable is the fact the MTR stopped the service for passengers but arranged special trains to carry police. Serving police is not the MTR’s role.”

“If it closes stations every time there is a protest, people are forced to stay home and then nobody will go out shopping or dining. It would be the MTR and the government, not the protesters, ruining the economy,” he added. 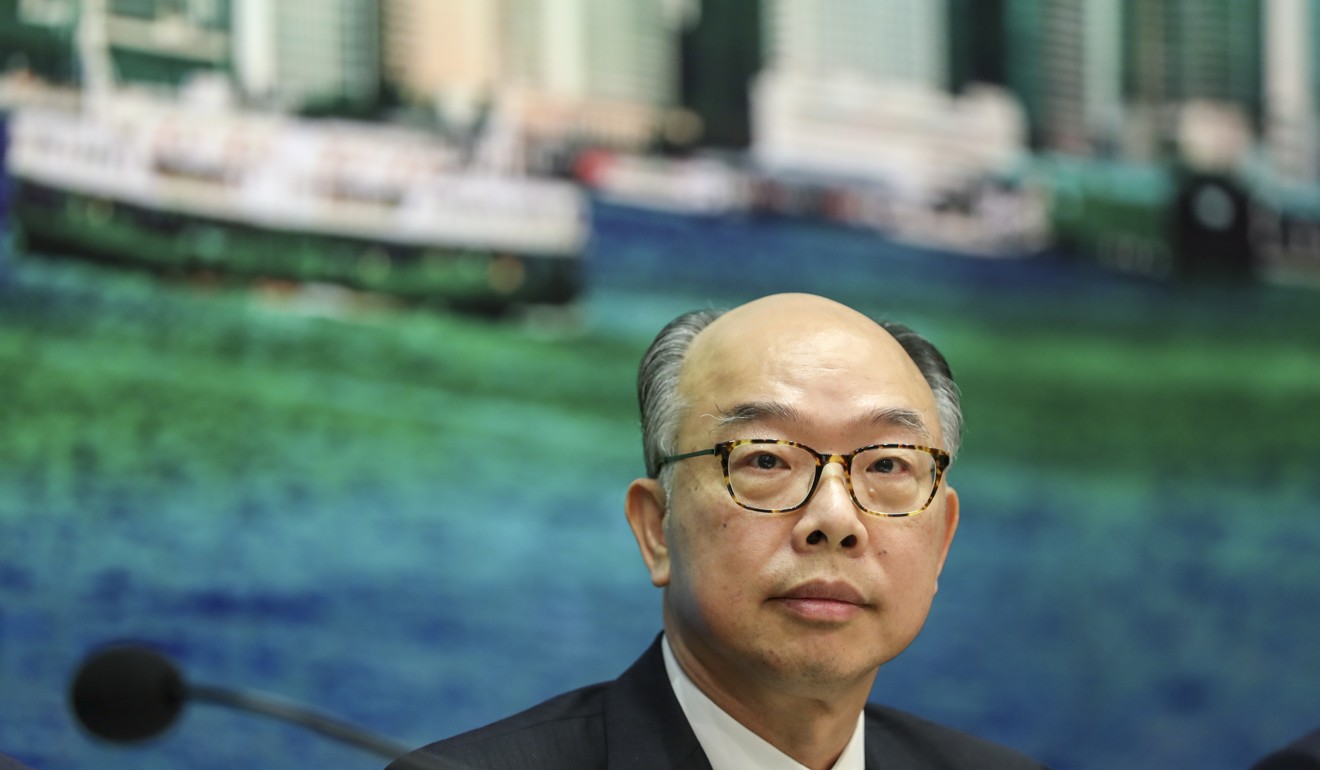 Transport minister Frank Chan Fan denied the MTR’s decision to close the stations had anything to do with Beijing pressure.

“Due to the recent incidents at the stations of Tai Koo, Yuen Long and Kwai Fong, we are of the view that the personal safety of the passengers and staff has been threatened ... so we made this decision,” he added.

Chan said future arrangements would be made in a case-by-case assessment of the potential risks arising from the protests. He said police were provided with special trains on Saturday because many roads had been blocked by the protesters.

Asked whether the rail firm would suspended train services at some stations along the route of a march planned by the Civil Human Right Front on Saturday, Chan said the MTR would make the decision based on factors such as the safety of passengers and staff.

Kwun Tong district councillor Cheng Keng-ieong, of the Democratic Party, suspected the MTR’s move was to shift the blame for service disruption onto protesters. But he said the move by the rail giant had backfired.

“The residents were only forced to join the protesters to walk on the streets. Some of them became very angry and may blame the police for causing them trouble,” the councillor said.

“There will be another protest in the coming weekend in Central. If the MTR closes all nearby stations, tens of thousands of commuters will be stranded on Hong Kong Island without any way out. A large stampede may occur,” he warned. 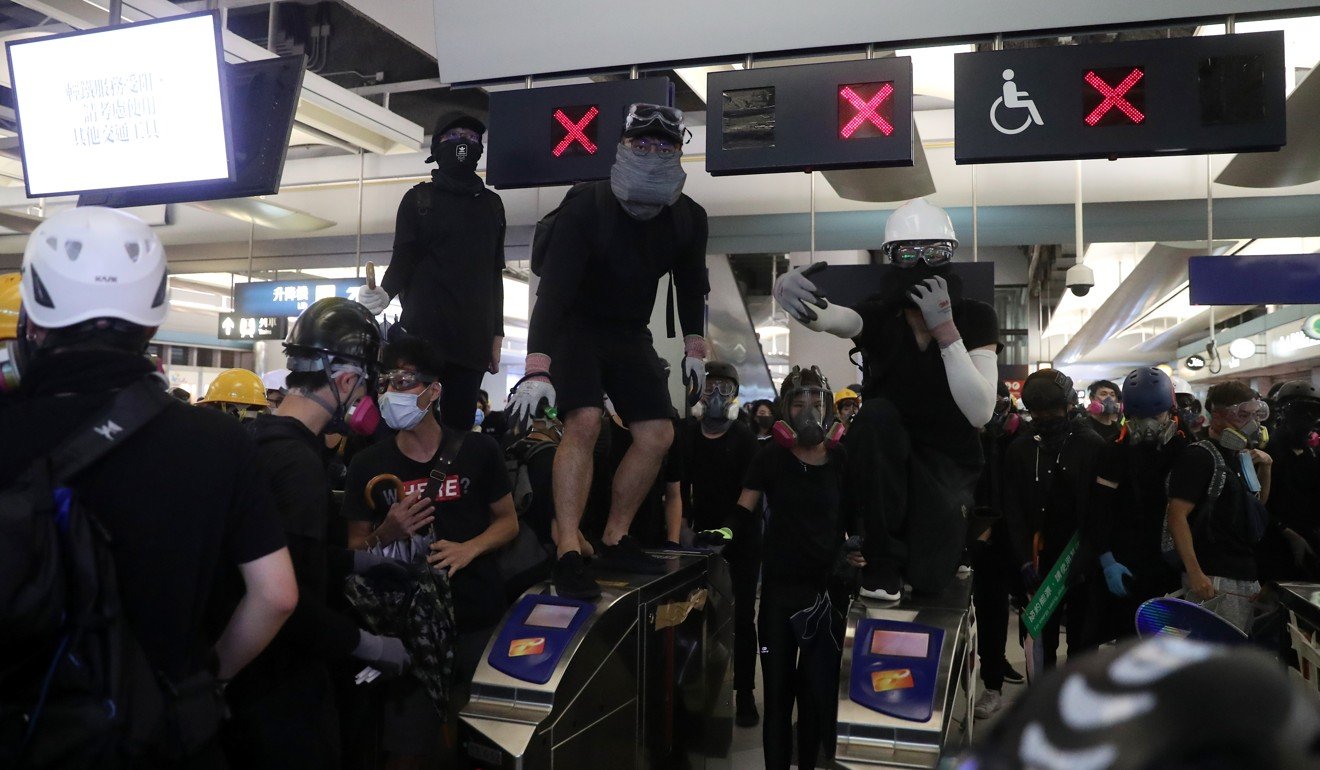 Lawmaker Michael Tien Puk-sun, who is the former chairman of Kowloon-Canton Railway Corporation (KCRC), said closing services could reduce the possibility of conflict, adding he believed police manpower was insufficient to maintain law and order at the stations.

“Some MTR stations have been besieged with staff there receiving threats and verbal abuse from protesters. If the police force couldn’t provide sufficient manpower to protect the staff there, you can’t expect the staff to face the protesters by themselves,” he said.

“I understood that the station closures would reduce the risk of conflict to a minimum level. If the staff choose to go on strike due to safety concerns, it will be a bigger problem for the MTR.”

Defending the MTR, Tien said it was wrongly accused by state media for “assisting the protesters” when it provided special trains to pick them up.

“The MTR just arranged the special trains to disperse the crowd. No one knew who were the targets of police, and who were the innocent passengers among a big crowd.

“If there was no train to pick up the passengers, more people would be trapped, bringing chaos,” he said.

“I call on the authoritative parties to seek the MTR explanation first before they pass any judgment.”

“On many occasions, peaceful protests turned into violent ones by the end because of some radical protesters, and they have caused safety concerns for frontline staff,” he said. “We agree that safety is more important than providing service.”

On Monday, the MTR’s headquarters in Kowloon Bay was closed in an unprecedented response to threats by protesters to storm the building. No protests were seen in or around the offices.