A nine-year-old girl at the centre of an abduction case which gripped China is believed to have drowned in what police are calling a murder-suicide.

Mainland authorities debunked child trafficking and cult conspiracy theories that have swirled around the disappearance and subsequent death of Zhang Zixin, who was abducted on July 4 from her grandparents’ house by a mysterious pair who were renting a flat from the family.

Zixin’s body was recovered on Saturday from the sea near Xiangshan county in Ningbo, in the eastern province of Zhejiang after days of searching involving more than 500 police officers. Police said there were no signs of injuries and her death appeared consistent with drowning.

The child was abducted from her family home on the outskirts of the provincial capital Hangzhou by the tenants, who claimed they were taking her to a wedding as a flower girl. The 43-year-old man, surnamed Liang, and his 45-year-old girlfriend, surnamed Xie, took their own lives, according to police, and their bodies were recovered from Dongqian Lake in Ningbo on July 8. 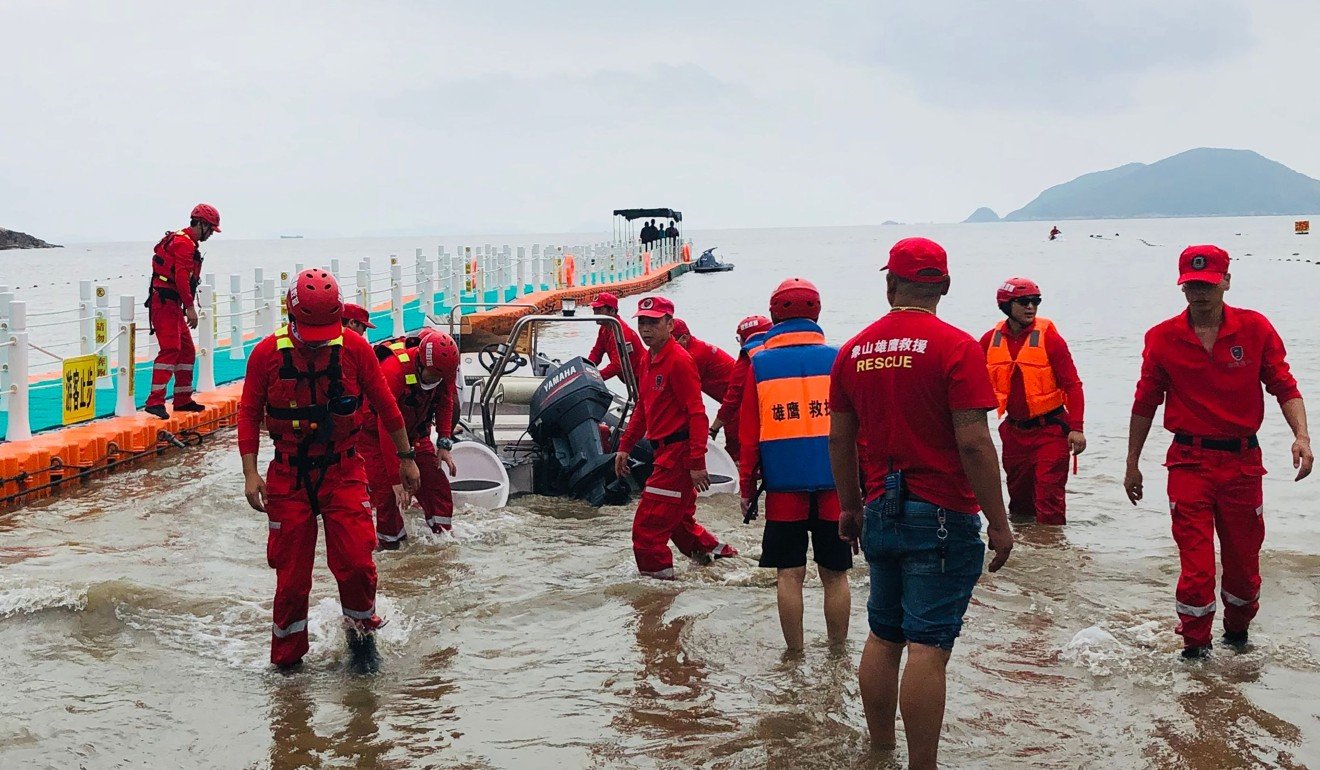 The couple had no prior connection with Zixin’s family.

In a statement on Sunday evening, Zhejiang’s provincial public security department ruled out any cult activities by the couple, and also excluded any possibility that Zixin had fallen into the water by accident, citing evidence from surveillance cameras, eye witnesses, and the road conditions at the scenic spot where she disappeared.

A report on Sunday in the Zhejiang-based newspaper ?Peace Times, run by the local police authority, said the child could not have slipped into the water because the couple did not seek help and no longer had her belongings when they were found. Police speculated that they had disposed of them, along with her daily necessities, following her death.

An eye witness told police he saw Liang heading to the beauty spot with the child on his back on the evening of July 7, and guessed that she was tired, possibly sleeping, at that time, according to the newspaper.

Police said surveillance footage confirmed that the couple left the area without Zixin, caught a taxi and, about an hour later, arrived at Dongqian Lake, where they drank alcohol before taking their own lives.

Speculation over the couple’s motivation for taking the girl has been circulating for a week on the internet in China. Some people believed they were planning to sell Zixin while others theorised they had been influenced by a cult which induced them to kill her as a flower girl for their own wedding in the underworld.

But police said the evidence indicated the couple planned to take Zixin in some kind of murder-suicide pact, ruling out a child trafficking crime as they had used their real names and were not in contact with any child buyers after the abduction, according to the ?Peace Times article.

Liang and Xie had lived together since 2005, without registering their marriage. The police statement said they had been committing fraud for years and had found it more difficult recently to make ends meet, with just 31.7 yuan (US$4.60) in their bank account at the time of their deaths.

The ?Peace Times article also reported that the couple had shown strong suicidal intentions over the past six months. Between April and Zixin’s abduction at the beginning of July, they had travelled to 48 cities across the country, giving away or dumping their suitcases and clothes until they had few belongings left.

Suspect arrested in daylight abduction of girl in China

After renting the flat from Zixin’s family on June 20, Liang and Xie had expressed their liking for the girl many times, and had even said they wanted her to be their foster daughter. The couple had picked her up from school and had often sent her toys.

According to the newspaper report, Liang had posted pictures of Zixin on his social media account after the abduction on July 4, claiming “I have got a foster daughter”.

In their statement, police said they would continue to investigate the case and reminded the public not to believe or spread rumours.