The name of a gay student who died after being outed may remain known to only a small number of people – his immediate family, friends, classmates, and the university where he studied – because even in death, his privacy is considered important in Japan.

But his death four years ago is changing the legal and social landscape for the LGBT community in a nation where, as the saying goes, “the nail that sticks up gets hammered down”.

The parents of the 25-year-old man were in court in February to hear the judge reject their damages suit against Hitotsubashi University for failing to respond appropriately after another student outed their son as being homosexual without his consent.

The lawyer representing the family said they would appeal the decision to a higher court on the grounds that the university had failed to perceive the matter as a human rights issue, and had not created an environment that prevented the harassment of individuals by educating students that mocking sexual minorities constitutes sexual harassment.

The original incident took place in June 2015, when the graduate student informed another student that he was gay. That student revealed the information to a group of nine people through a messaging service with the note: “It is impossible for me to hide the fact that you are gay any more. Sorry.”

After being outed, the student sought help from a clinic that specialised in psychosomatic disorders and sent a message to the same group of people, saying he did not feel he could work in the same professional circles as them. He also applied to the university to switch courses.

A short while later, he was found dead at the base of a tower block on the university campus.

The case has shone a spotlight on an issue that members of Japan’s LGBT community have previously endured largely in silence, but they are speaking out now.

Insensitivity and being gay may seem ‘funny’ and unusual in a society that is, for the large part, quite homogenous
Alexander Dmitrenko

“Outing is not very common here and is not usually done maliciously, but more as a joke because the joker does not always appreciate the significance of outing to the LGBT person,” said Alexander Dmitrenko, a lawyer in the Tokyo office of the Freshfields Bruckhaus Deringer law firm and a member of the Lawyers for LGBT Alliance Network.

“Being different” is partly why Japan’s LGBT community is still very much in the closet, especially at work, he said, pointing to a recent study that indicated as many as 80 per cent of LGBT employees are not open about their sexuality at work and devote up to 30 per cent of their time to concealing their true identity.

“Insensitivity and being gay may seem ‘funny’ and unusual in a society that is, for the large part, quite homogenous,” Dmitrenko said. “Being gay might feel that way, so people don’t want to be outed because they are respectful of the community and truly want to be part of it. 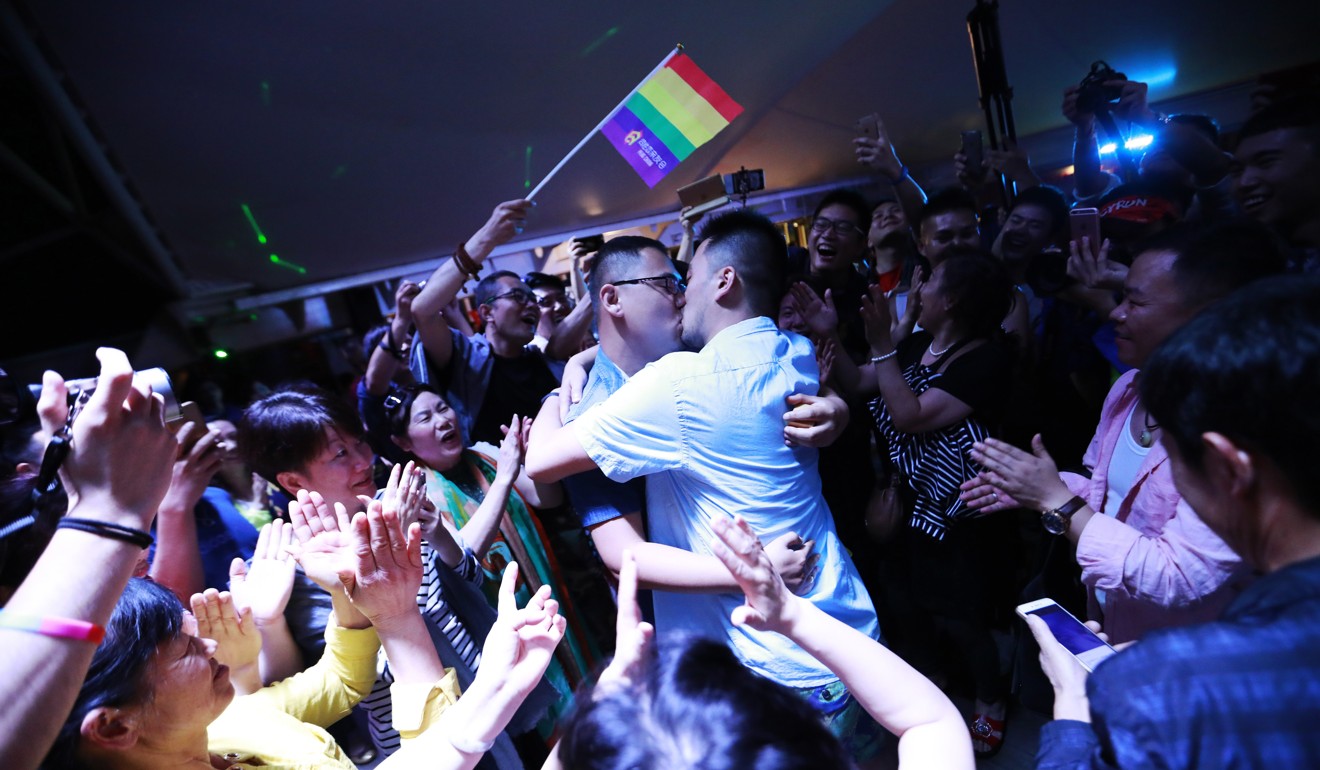 “Coming out is never easy,” he added. “It is deeply personal and most LGBT individuals go through multiple stages of coming out – first to themselves, then to close friends and family and only then broader groups.

“Some might never feel comfortable or brave enough to get to the third or even second stage, believing that private matters belong in private.”

‘Existence denied’: ex-soldier reveals what it’s like to be gay in South Korea’s strict military

Coming out requires understanding and support, Dmitrenko said. And that is in short supply here.

“Japan is still lagging behind most of its Western peers in basic LGBT education,” he said. “There are also no LGBT community centres, the types we are used to seeing in major Western cities. Therefore, Japanese LGBT individuals can struggle with coming out alone.

“And that struggle is real and very challenging, which is why we witness a higher – by multiple times – suicide rate among LGBT teens as opposed to their heterosexual counterparts.”

The Shakaiteki Hosetsu Support Centre, which operates 24-hour hotlines for people with personal problems, reported 110 calls over six years from 2012 from individuals who had been outed, either deliberately or unwittingly.

Given the sheer number of calls that the centre’s operators were not able to take, the number of people struggling with being outed was likely to be about 20 times higher, officials told the Mainichi newspaper.

Many of the callers said they had been outed after confiding in a friend or someone they trusted, or were being mocked for expressing affection towards a person of the same sex.

Ken Suzuki, an openly gay professor in the Faculty of Law at Meiji University, said ignorance and a lack of education were the causes of the problem.

“I do not think that there has been an increase in the number of people being outed, although the incident at Hitotsubashi University in 2015 has made people realise that this is a serious problem,” Suzuki said.

“The cause is ignorance of sexual orientation because there is no education among college teachers, counsellors or students of what can and should be done,” he said. “Many people in Japan still see sexuality as a deeply personal issue, but in fact it is a public matter that involves public institutions – and only now is that being recognised.”

Educational institutions need to teach both their staff and students about sexual diversity, said Suzuki, who is also leading a legal campaign to overturn Japan’s rules banning same-sex marriages.

But he remains optimistic that Japanese society is altering.

“I do believe that people’s thoughts and attitudes can change as laws and systems change,” Suzuki said. “And I believe that time of change is coming very soon.”