A senior official said the green light for both zones could come as early as June.

An hour by ferry from Singapore, Batam is a free trade zone (FTZ) and home to hundreds of companies, including shipyards, factories producing electronics and those in the oil and gas sector. In recent years, it has faced stagnant growth and falling investments.

Looking to turn things around, BP Batam, the state agency overseeing free trade on the island, has proposed that the central government in Jakarta grant enhanced SEZ status to two enclaves while retaining the island’s FTZ status.

The two proposed enclaves are at Hang Nadim International Airport and the island’s upscale north-eastern Nongsa area – which will be dedicated to logistics and tourism, respectively.

Edy said the incentives provided for under an SEZ would include exemption from value-added taxes, removal from Indonesia’s negative-­investment list barring foreign investors from certain industries, and income-tax holidays.

Twelve SEZs have been establish­ed across Indonesia, of which four – in North Sumatra, Banten, Central Sulawesi and Lombok – have begun commercial operations.

Edy described Nongsa as “a big value-add” to Indonesia, saying the information and communications technology-based firms in the area have a “global connection, supply their products all over the world and provide world-class expertise”.

Indonesian President Joko Wido­do caused a stir last December when he ordered that BP Batam be placed under the control of the Batam city administration in an effort to fix the problem of “leadership dualism” on the island.

BP Batam, established by a presidential decree in 1978 and which reports directly and is accountable to the central government in Jakar­ta, was put in charge of managing land for industry, issuing business licences and developing infrastructure.

The city administration conti­nues to hold sway over public services and administrative affairs.

The two seemingly competing bodies led to conflicting laws and regulations, creating a climate of uncertainty for investors, which in turn hampered growth.

But he has clarified that he re­mains a transitional head until April 30 and that Batam Mayor Muham­mad Rudi will helm the agency as its ex officio head after that.

Edy said the restructuring of top management was a “political decision” by Jakarta, adding that his tasks included formulating regulations on licensing and producing a manual for officials on “how to operate Batam such that it will be a business entity, not a political entity”.

Although the Batam mayor will have a dual role as BP Batam’s head, he is expected only to “harmonise the implementation of policies”, but decisions on matters related to trade and industry will still be the responsibility of the state agency, said Edy in a bid to allay fears that BP Batam may become politicised.

Rudi, on Feb 8, promised that if he was appointed to lead the two bodies, he would synchronise admi­nistrative processes such as the issuance of business permits as well as land lease licences, ensure clear regulations for investors, and im­­prove infrastructure.

He also had assuring words for businesses over the restructuring process.

“Investments should not be af­fected, whether Batam stays as an FTZ, becomes an SEZ or whether or not I will become BP Batam’s ex officio head,” he said. — The Straits Times / Asia News Network 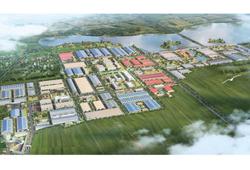