Queen guitarist Brian May takes on US military over Okinawa base

Brian May, the guitarist with the legendary British rock band Queen, has waded into the controversy surrounding US troops in Okinawa by using Twitter to call for people to sign a petition against the construction of a US military base in the prefecture.

In a post on the social media site on Monday headlined “URGENT!!! URGENT!!!”, May re-tweeted a message from activist Rob Kajiwara and urged, “Please sign this petition to save a beautiful coral reef and irreplaceable eco-system, threatened by the US extending an airbase.”

May, who has a doctorate in astrophysics, is not only a world famous rock star, but a prominent animal rights campaigner who has opposed the hunting of foxes in the UK.

URGENT !!! URGENT !!! PLEASE SIGN THIS PETITION to save a beautiful coral reef and irreplaceable eco-system, threatened by USA extending an airbase. Bri https://t.co/CyXjTbObeu

Work is already well under way at the US Marine Corps’ Camp Schwab, on the north-east coast of the prefecture, which is scheduled to take the personnel and military equipment presently stationed at Futenma Air Station, in a built-up area of central Okinawa.

Despite the opposition of local people and daily protests at the site, sea walls have been constructed and work is under way to fill the enclosed area with rock and soil. The reclamation work will cover a stretch of coral reef and local environmentalists have claimed that it will destroy the feeding grounds of critically endangered dugongs. 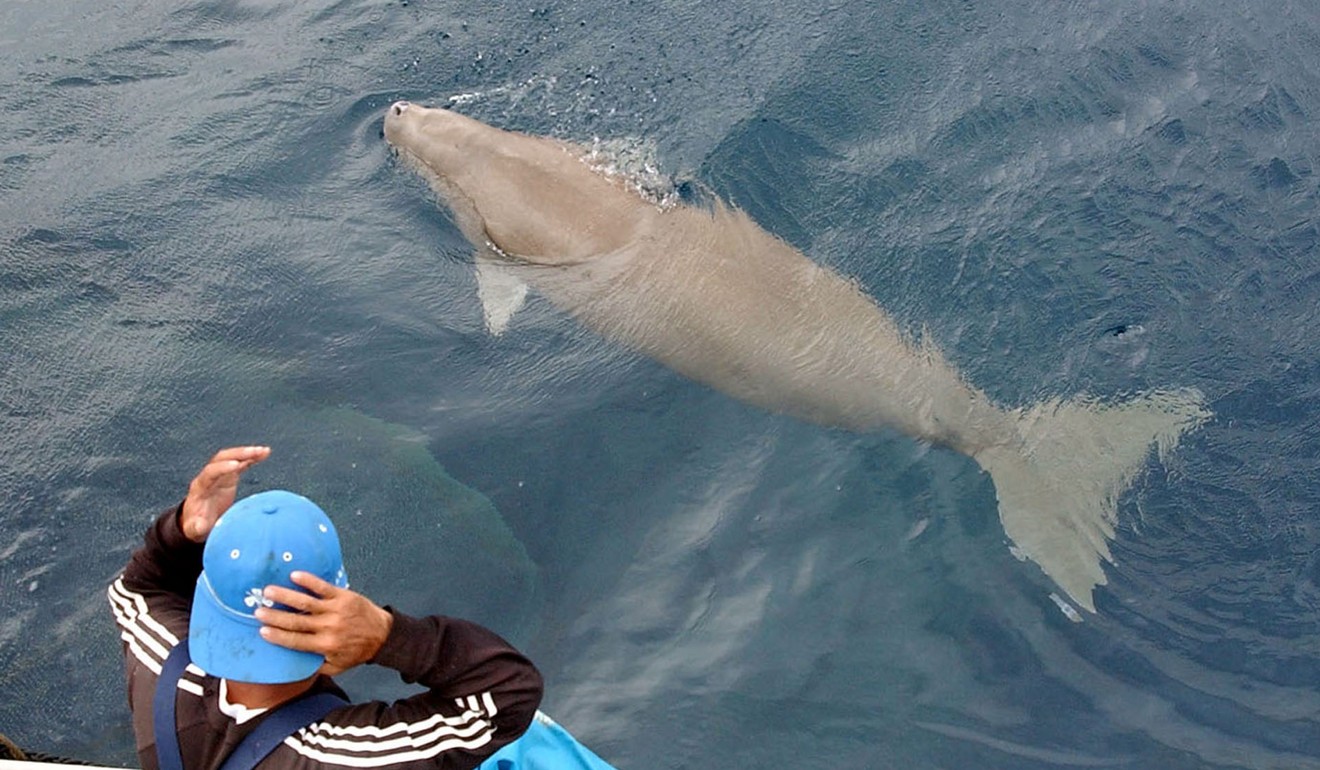 Local authorities have also attempted to have the work halted after an underwater archaeological investigation discovered ancient stone anchors.

The Japanese government, however, is pushing ahead with the project.

After a meeting in December with Denny Tamaki, the governor of Okinawa, Chief Cabinet Secretary Yoshihide Suga told reporters, “I can understand sentiment in Okinawa, but we are going ahead with the reclamation work.”

As US frets over China and North Korea, Okinawa looks stuck with its military base

Kajiwara, a Okinawan-Hawaiian musician, started the petition on the “We the People” website for the White House in December and is demanding that reclamation work off Camp Schwab be halted immediately.

In a direct appeal to President Donald Trump, Kajiwara said the landfill work must stop “until a democratic referendum can be held”. February 24 has been set as the date for the prefecture-wide referendum, although the result – widely expected to reiterate the islanders’ opposition to the large US military presence in their midst – is non-binding on the Japanese and US governments.

Kajiwara said the waters of Oura Bay were a “crucial part of the Okinawan ecosystem”. 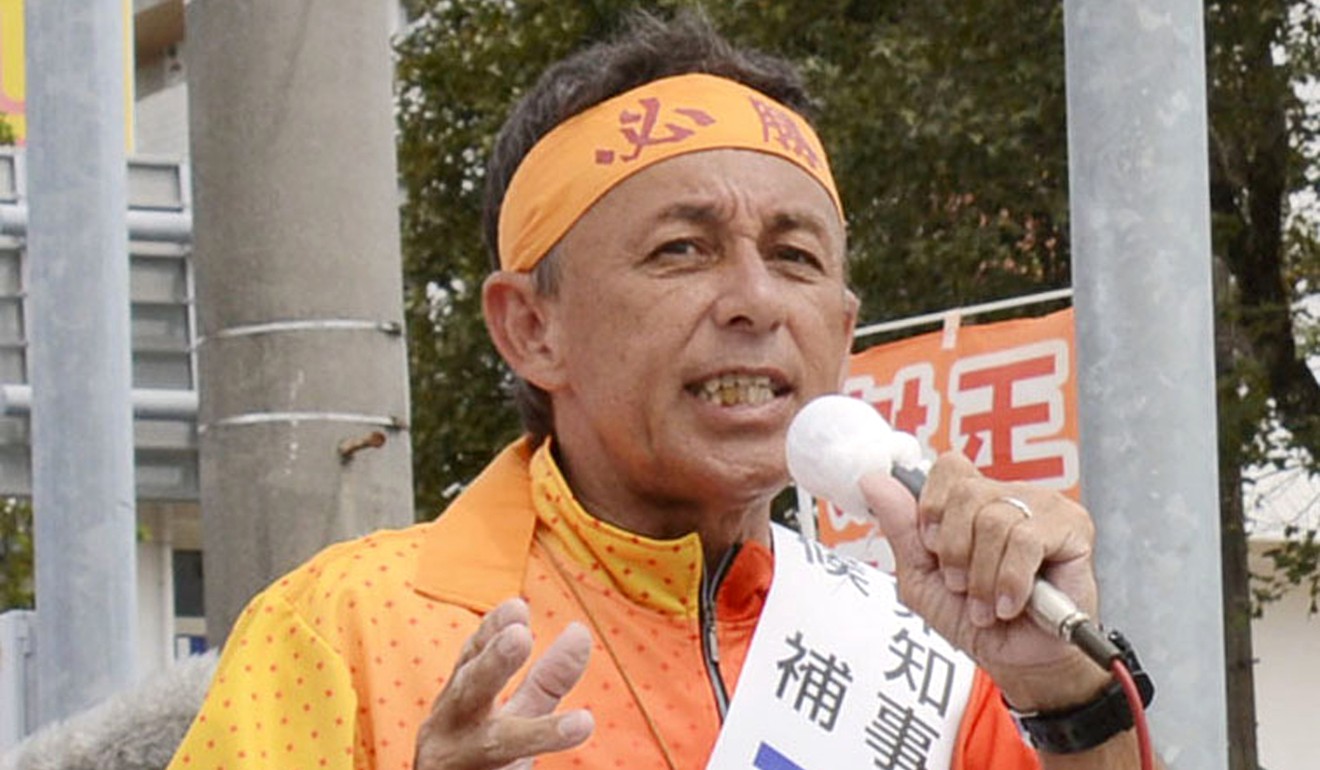 He also accuses the Japanese government and the US military of “ignoring” the will of Governor Tamaki, who was overwhelmingly elected last year on a platform of opposing the new base and calling for the number of US military personnel in the prefecture to be drastically reduced.

Going ahead with the reclamation work “will surely incur strong anti-US sentiment among Okinawans and will forever strain US-Okinawa relations,” Kajiwara said, adding, “Please show Okinawans that America is indeed an honourable and great nation.”

Whatever the result in Okinawa election, US troops are there to stay

As of Wednesday, the petition had attracted more than 203,000 signatures, well beyond the 100,000 threshold required for the White House to make a statement in response to a petition.

Opponents of the expansion of Camp Schwab, which will involve reclaiming a large area of the bay for runways and associated infrastructure, protested outside the White House on Monday, waving placards and chanting for the work at Camp Schwab to be halted.

Speaking at the event, Kajiwara said he had sent messages directly to Trump, Vice-President Mike Pence, Secretary of State Mike Pompeo and all 100 senators and some members of the House of Representatives, calling for them to halt the work.

“We are definitely expecting some kind of response,” he told Kyodo News. “Even if we don’t get the response that we are looking for, we are not going to give up and we are going to keep on trying.”